Collectively, the federal government improved its oversight grades in IT modernization.

Overall, nine agencies improved their scores from June, ranked in letter grades ‘A’ through ‘F,” while four agencies’ scores decreased and 11 held steady. The General Services Administration and Education Department both received an ‘A+’ and the United States Agency for International Development got an ‘A.’

“It’s the best scorecard ever,” said U.S. Chief Information Officer Suzette Kent, speaking Wednesday at an event hosted by ATARC. Kent said it had been a “long time” since the biannual scorecard featured three ‘A’ grades simultaneously before, and said the grades suggest agencies are in a positive position in IT modernization to close 2019.

“Agencies are delivering results and improving in the modernization arena every single day. The scorecard is a nice place to take a checkpoint and demonstrate what's been done,” Kent said. 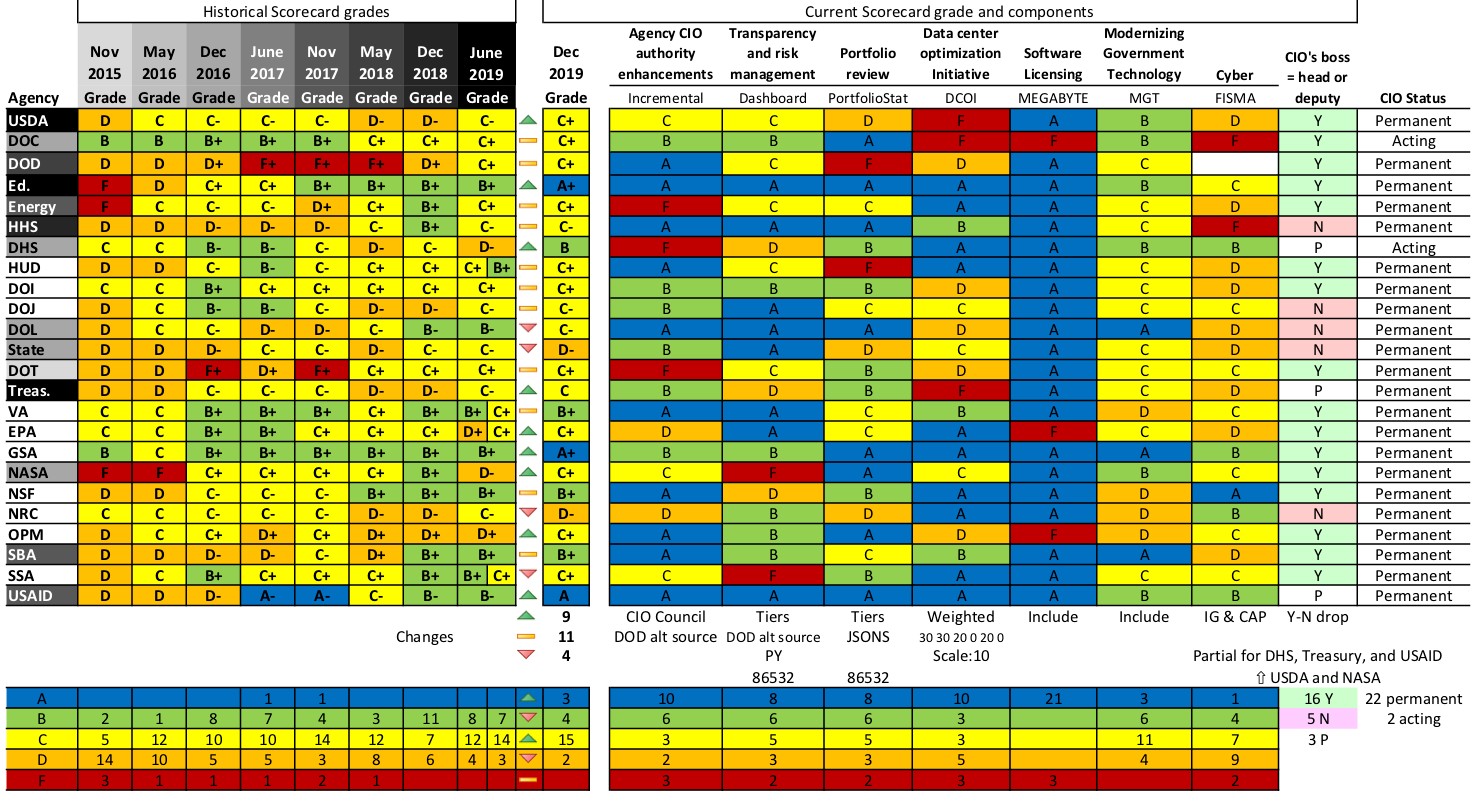 Officials from NASA, the Homeland Security Department and the Government Accountability Office were due to testify Wednesday regarding the scorecard before House lawmakers on the Subcommittee on Government Operations.

The ninth iteration of the scorecard includes nine subcategories to measure, an increase from the first scorecard in 2015, which only included data center consolidation, IT portfolio review savings, incremental development and risk assessment transparency.

The scorecard released today grades agencies on Agency CIO Authority Enhancements, Transparency and Risk Management, Portfolio Review, the Data Center Optimization Initiative, Software Licensing, and compliance with the Modernizing Government Technology, or MGT, Act and Federal Information Security Management Act, or FISMA. In addition, the scorecard indicates whether a CIO is acting or permanent and whether a CIO reports directly to agency leadership.

Overall, 22 agencies had permanent CIOs and two had acting CIOs, while 16 of those CIOs reported directly to leadership.

Brandi Vincent contributed to this article.