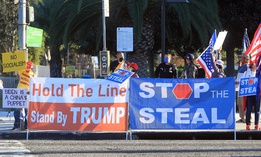 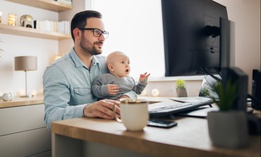 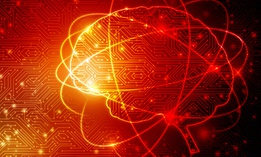 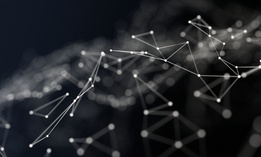 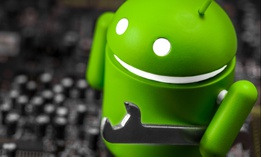 The key to creating quantum-resistant encryption is to get away from the core strength of computers, according to one expert.

My previous column about the possibility of pairing artificial intelligence with quantum computing to supercharge both technologies generated a storm of feedback via Twitter and email. Quantum computing is a science that is still somewhat misunderstood, even by scientists working on it, but might one day be extremely powerful. And artificial intelligence has some scary undertones with quite a few trust issues. So I understand the reluctance that people have when considering this marriage of technologies.

Unfortunately, we don’t really get a say in this. The avalanche has already started, so it’s too late for all of us pebbles to vote against it. All we can do now is deal with the practical ramifications of these recent developments. The most critical right now is protecting government encryption from the possibility of quantum hacking.

Two years ago I warned that government data would soon be vulnerable to quantum hacking, whereby a quantum machine could easily shred the current AES encryption used to protect our most sensitive information. Government agencies like NIST have been working for years on developing quantum-resistant encryption schemes. But adding AI to a quantum computer might be the tipping point needed to give quantum the edge, while most of the quantum-resistant encryption protections are still being slowly developed. At least, that is what I thought.

One of the people who contacted me after my last article was Andrew Cheung, the CEO of 01 Communique Laboratory and IronCAP. They have a product available right now which can add quantum-resistant encryption to any email. Called IronCAP X, it’s available for free for individual users, so anyone can start protecting their email from the threat of quantum hacking right away. In addition to downloading the program to test, I spent about an hour interviewing Cheung about how quantum-resistant encryption works, and how agencies can keep their data protection one step ahead of some of the very same quantum computers they are helping to develop.

For Cheung, the road to quantum-resistant encryption began over 10 years ago, long before anyone was seriously engineering a quantum computer. “It almost felt like we were developing a bulletproof vest before anyone had created a gun,” Cheung said.

But the science of quantum-resistant encryption has actually been around for over 40 years, Cheung said. It was just never specifically called that. “People would ask how we could develop encryption that would survive hacking by a really fast computer,” he said. “At first, nobody said the word quantum, but that is what we were ultimately working against.”

According to Cheung, the key to creating quantum-resistant encryption is to get away from the core strength of computers in general, which is mathematics. He explained that RSA encryption used by the government today is fundamentally based on prime number factorization, where if you multiply two prime numbers together, the result is a number that can only be broken down into those primes. Breaking encryption involves trying to find those primes by trial and error.

So if you have a number like 21, then almost anyone can use factorization to quickly break it down and find its prime numbers, which are three and seven. If you have a number like 221, then it takes a little bit longer for a human to come up with 13 and 17 as its primes, though a computer can still do that almost instantaneously. But if you have something like a 500 digit number, then it would take a supercomputer more than a century to find its primes and break the related encryption. The fear is that quantum computers, because of the strange way they operate, could one day do that a lot more quickly.

To make it more difficult for quantum machines, or any other kind of fast computer, Cheung and his company developed an encryption method based on binary Goppa code. The code was named for the renowned Russian mathematician who invented it, Valerii Denisovich Goppa, and was originally intended to be used as an error-correcting code to improve the reliability of information being transmitted over noisy channels. The IronCAP program intentionally introduces errors into the information it’s protecting, and then authorized users can employ a special algorithm to decrypt it, but only if they have the private key so that the numerous errors can be removed and corrected.

What makes encryption based on binary Goppa code so powerful against quantum hacking is that you can’t use math to guess at where or how the errors have been induced into the protected information. Unlike encryption based on prime number factorization, there isn’t a discernible pattern, and there’s no way to brute force guess at how to remove the errors. According to Cheung, a quantum machine, or any other fast system like a traditional supercomputer, can’t be programmed to break the encryption because there is no system for it to use to begin its guesswork.

A negative aspect to binary Goppa code encryption, and also one of the reasons why Cheung says the protection method is not more popular today, is the size of the encryption key. Whether you are encrypting a single character or a terabyte of information, the key size is going to be about 250 kilobytes, which is huge compared with the typical 4 kilobyte key size for AES encryption. Even ten years ago, that might have posed a problem for many computers and communication methods, though it seems tiny compared with file sizes today. Still, it’s one of the main reasons why AES won out as the standard encryption format, Cheung says.

I downloaded the free IronCAP X application and easily integrated it into Microsoft Outlook. Using the application was extremely easy, and the encryption process itself when employing it to protect an email is almost instantaneous, even utilizing the limited power of an average desktop. And while I don’t have access to a quantum computer to test its resilience against quantum hacking, I did try to extract the information using traditional methods. I can confirm that the data is just unreadable gibberish with no discernable pattern to unauthorized users.

Cheung says that binary Goppa code encryption that can resist quantum hacking can be deployed right now on the same servers and infrastructure that agencies are already using. It would just be a matter of switching things over to the new method. With quantum computers evolving and improving so rapidly these days, Cheung believes that there is little time to waste.

“Yes, making the switch in encryption methods will be a little bit of a chore,” he said. “But with new developments in quantum computing coming every day, the question is whether you want to maybe deploy quantum-resistant encryption two years too early, or risk installing it two years too late.”

John Breeden II is an award-winning journalist and reviewer with over 20 years of experience covering technology. He is the CEO of the Tech Writers Bureau, a group that creates technological thought leadership content for organizations of all sizes. Twitter: @LabGuys