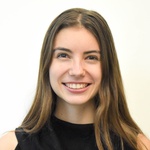 The anticipated recoveries of misspent health program dollars would be the result of the HHS watchdog's work in fiscal 2019.

Taxpayers could see about $5.9 billion returned to the federal government as a result of an inspector general office’s work during fiscal 2019.

The Health and Human Services Department inspector general’s semiannual report, published on Tuesday, revealed that about $5.9 billion could be returned to the government due to recovery of Medicare, Medicaid and other health program dollars misspent.

“Of the billions of dollars in savings and recoveries in [fiscal year] 2019, more than $819 million is expected to be recovered from audits and approximately $5.04 billion is expected from investigative recoveries,” said a press release. “Investigative receivables include expected recoveries from criminal actions, civil and administrative settlements, civil judgments, and administrative actions by [the Office of the Inspector General].”

The report covered the second half of fiscal 2019, from Apr. 1 to Sept. 30. It focused on: “protecting unaccompanied children in the department's care; preventing opioid misuse and promoting access to treatment; fighting fraud to protect the Medicare and Medicaid programs; ensuring appropriate use of Medicaid funds; protecting beneficiaries from abuse, neglect, and unsafe conditions; promoting access to high-quality care; and safeguarding the security and integrity of medical research.” It also summarized the total actions by the watchdog for fiscal 2019, which included 809 criminal actions and 695 civil actions against individuals or organizations.

The report cited two examples of fund recoveries that resulted from some of the largest healthcare fraud schemes ever to result in charges from federal authorities. In April, two Florida residents were convicted for $1.3 billion in fraudulent Medicare and Medicaid claims “for services that were not provided, were not medically necessary or were procured through the payment of kickbacks,” according to the Justice Department.

Then in September the inspector general helped bring charges in five federal districts against 35 defendants who fraudulently billed Medicare over $2.1 billion for cancer genetic testing that involved illegal bribes and kickbacks.

Acting HHS Inspector General Joanne Chiedi complimented her employees for their dedication, use of technology and data, and collaboration with state and local governments. "In this reporting period, [Office of the Inspector General] continued to produce outstanding results for the American people through independent, objective oversight," Chiedi said. The inspector general’s office "continued its enterprise-wide oversight of HHS's over $1 trillion portfolio and its bold pursuit of those who cheat HHS programs or harm HHS beneficiaries."

NEXT STORY: Watchdog: Proposed OPM-GSA Merger Continues to 'Evolve' Despite Lack of Legislation