DISA to Take Over Implementation of the Pentagon’s Cloud Programs

How the Biden Administration Can Restore Trust in Government
sponsor content

DISA to Take Over Implementation of the Pentagon’s Cloud Programs

How the Biden Administration Can Restore Trust in Government
sponsor content

Power Smarter, More Agile Networks with a TDM Migration
Skip to Content
Get the need-to-know news for current and aspiring technology executives. 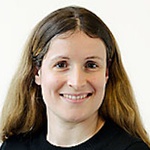 Special counsel releases guidance on what counts as “on duty” while working from home, and what not to do during video conferences.

The Hatch Act limiting partisan political activity in the federal workplace hasn’t gone away during the novel coronavirus pandemic, but with many federal employees now working from home, the lines between “on the job” and personal activities can be blurred. The Office of Special Counsel has released guidance for teleworkers clarifying when they are considered “on duty” and how the Hatch Act applies during video conferences and on social media.

“It is important for employees to understand that although they are working from home, they are still subject to the Hatch Act’s on-duty restrictions,” the guidance stated. “Therefore, employees wishing to engage in political activity by, for example, posting their views about a candidate on social media or making political donations, must ensure that they are not on duty when engaging in such activities.”

The definition of “on duty” at home is much the same as it would be in the office, OSC said. Federal employees are considered on duty anytime they are “in a pay status other than paid leave, compensatory time off, credit hours, time off as an incentive award, or excused or authorized absence (including leave without pay),” the guidelines stated. They are also on duty if they are representing their agency in an official capacity. They would not normally, however, be considered on duty during a lunch break, OSC noted.

Participation in virtual meetings via Skype, Teams, Zoom or other platforms also counts as being on duty and Hatch Act restrictions apply during these meetings, OSC said. This means that in addition to avoiding obvious political action such as soliciting donations for a campaign during these meetings, federal employees should not wear political t-shirts or hats that would be visible to colleagues. They should also ensure that campaign signs and other political paraphernalia are not showing in the background. Employees may not select profile pictures that include “candidate images, campaign slogans, or political party symbols,” the guidance added.

OSC also reminded federal employees of the existing rules for social media use. Those rules would remain the same for teleworkers during the pandemic.

The guidance encouraged employees with any questions about the rules to contact OSC. “During these difficult times, we are here to assist federal agencies with Hatch Act education resources to help navigate the challenges associated with a presidential election season,” OSC said.

NEXT STORY: More Than 10,000 Federal Employees Have Contracted COVID-19

CISA: SolarWinds Hackers Got Into Networks by Guessing Passwords

CMMC: The Dramatic Year of the Pentagon’s Contractor Cybersecurity Program

10 of 15 of DOD’s Major IT Projects Are Behind Schedule, GAO Found

CISA: SolarWinds Hackers Got Into Networks by Guessing Passwords

CMMC: The Dramatic Year of the Pentagon’s Contractor Cybersecurity Program

10 of 15 of DOD’s Major IT Projects Are Behind Schedule, GAO Found

Nextgov eBook: Cyber Defenders
Back to top
Nextgov uses cookies for analytics and personalization. By continuing to use this site, you agree to our use of cookies. Read our Privacy Policy to find out more.