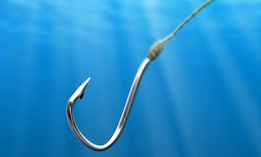 Kshemendra Paul will lead the agency’s efforts to leverage data and better inform VA-wide decision-making through technology and information.

With extensive experience leading enterprise data efforts across the federal government, Paul’s hiring marks the agency’s latest strategic appointment to support its journey towards a new era of digital transformation.

“We will continue to build on this progress by leveraging data as an asset to better deliver the care and services Veterans expect and deserve,” VA Secretary Robert Wilkie said in a statement regarding the announcement this week.

In January, President Trump signed the Foundations for Evidence-Based Policymaking Act of 2018, which ultimately “mandates a systematic rethinking of government data management.” The act directs agencies to develop and strengthen data-centered approaches to policy-making, enhance information sharing across federal departments and private research communities and promote the security of confidential information throughout the process. Further, the president’s management agenda also called for a federal data strategy and for agencies to revamp their approaches to data collection, management and security.

Paul will assume the position with more than a decade of experience already leading data modernization efforts across various federal agencies. Most recently, he served as Homeland Security Department’s cloud action officer, a role in which he helped to optimize the agency’s data centers and steered the complex migration of information technology assets into cloud management platforms. Paul also served as the nation’s lead for advancing terrorism-related information sharing efforts between 2010 and 2016, while working in the National Intelligence Director’s Office.

Earlier in his career, Paul served as the Justice Department’s chief enterprise architect and led the delivery of a national information exchange model that enabled and improved data sharing across public safety, law enforcement and homeland security sectors, particularly during terrorist attacks or unexpected disasters. Paul also served as the federal chief architect in the Office of Management and Budget, where he led governmentwide initiatives around transparency and innovation, including supporting the development of data.gov.

NEXT STORY: Agriculture Wants Store-Level Data on All of America’s Grocery Retailers