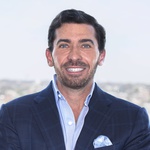 Technology was supposed to transform government 15 years ago; an “era of electronic government” was poised to make government faster, smaller, digitized and increasingly transparent.

William D. Eggers is the director for public sector research at Deloitte and the author of nine books. This article is adapted from his new book, “Delivering on Digital: The Innovators and Technologies that are Transforming Government” (New York: Rosetta Books/Deloitte University Press), June 2016. This excerpt has been edited for style.

Digital is becoming the new normal. Digital technologies have quietly and quickly pervaded every facet of our daily lives, transforming how we eat, shop, work, play and think.

An aging population, millennials assuming managerial positions, budget shortfalls and ballooning entitlement spending all will significantly impact the way government delivers services in the coming decade, but no single factor will alter citizens’ experience of government more than the pure power of digital technologies.

Ultimately, digital transformation means reimagining virtually every facet of what government does, from headquarters to the field, from health and human services to transportation and defense.

By now, some of you readers with long memories can’t be blamed for feeling a sense of déjà vu.

After all, technology was supposed to transform government 15 years ago; an “era of electronic government” was poised to make government faster, smaller, digitized and increasingly transparent.

Many analysts (including yours truly, in a book called “Government 2.0”) predicted that by 2016, digital government would already long be a reality. In practice, the “e-gov revolution” has been an exceedingly slow-moving one. Sure, technology has improved some processes, and scores of public services have moved online, but the public sector has hardly been transformed.

What initial e-gov efforts managed was to construct pretty storefronts—in the form of websites—as the entrance to government systems stubbornly built for the industrial age. Few fundamental changes altered the structures, systems and processes of government behind those websites.

With such halfhearted implementation, the promise of cost savings from information technology failed to materialize, instead disappearing into the black hole of individual agency and division budgets. Government websites mirrored departments’ short-term orientation rather than citizens’ long-term needs. In short, government became wired—but not transformed.

So why did the reality of e-gov fail to live up to the promise?

For one thing, we weren’t yet living in a digitized economy—our homes, cars and workplaces were still mostly analog—and the technology wasn’t as far along as we thought; without the innovations of cloud computing and open-source software, for instance, the process of upgrading giant, decades-old legacy systems proved costly, time-consuming and incredibly complex.

And not surprisingly, most governments—and private firms, for that matter—lacked deep expertise in managing digital services. What we now call “agile development”—an iterative development model that allows for constant evolution through recurrent testing and evaluation—was not yet mainstreamed.

Finally, most governments explicitly decided to focus first on the Hollywood storefront and postpone the bigger and tougher issues of reengineering underlying processes and systems. When budgets nosedived—even before the recession—staying solvent and providing basic services took precedence over digital transformation.

The result: Agencies automated some processes but failed to transform them; services were put online, but rarely were they focused logically and intelligently around the citizen.

Given this history, it’s natural to be skeptical after years of hype about government’s amazing digital future. But conditions on the ground (and in the cloud) are finally in place for change, and citizens are not only ready for digital government—many are demanding it.

Digital-native millennials are now consumers of public services, and millions of them work in and around government; they won’t tolerate balky and poorly designed systems, and they’ll let the world know through social media. Gen Xers and baby boomers, too, have become far more savvy consumers of digital products and services.

Meanwhile, public officials are becoming more tech savvy, using every available medium to communicate to voters, constituents and each other. And the incessant livetweeting, YouTube announcements and Snapchat forays are intended to signal officials’ literacy and competence in the digital environment.

After all, the political stakes are higher than before: Every politician who watched the HealthCare.gov launch debacle is all too aware that doing digital poorly can go viral, sending poll numbers tumbling and political careers underwater.

Both user needs and provider capabilities have changed profoundly since the early days of e-government. Instead of desktops, most taxpayers now access government services with mobile devices; geolocation is everywhere, and the cost of sensors is plummeting, leading to their growing ubiquity.

Software advances are even more significant—not only the technological explosion you might expect, but the entire process of developing and acquiring technology. Fifteen years ago, if you had an ambitious plan to digitize government services, you would have had to gin up a request for proposal, put the project out to bid, review proposals and deal with—depending on the size of the contract award—inevitable recriminations and perhaps legal challenges.

All this would take months or even years before you could tackle execution, with staffing and leadership from both the public and private sectors rolling in and out. When a solution finally materialized, it might or might not work as designed, requiring further investment of taxpayer dollars and personnel resources to fix and maintain.

Today, chief information officers face a far less challenging IT environment on many fronts, for both public- and private-sector projects. Costs have plummeted because of cloud computing, improvements in commercial off-the-shelf software and an explosion in open-source development.

Software as a service—an approach in which software is licensed on a subscription basis and centrally hosted—means governments can have access to first-rate programs without having to build giant, expensive custom systems from scratch. And by breaking up large technology projects into smaller, manageable pieces, agencies can shrink the expensive, risky all-or-nothing projects that have characterized so many government IT initiatives over the past decade or two.

Not only has the technology changed—so, too, has the way digital projects are designed and delivered.

For years, software development followed the waterfall approach, in which the process flows steadily downward, from requirements to design to implementation to testing, and finally ends at maintenance.

The model has a major drawback: Changes after the initial deployment—and there are always changes—often prove to be cost prohibitive, especially when teams must account for every detail and dollar in advance.

To account for the fact that people rarely get a design right on the first try, developers shifted to an iterative model that allows for constant evolution through recurrent testing and evaluation, an approach called agile development. Most digital services in the private sector have abandoned waterfall in favor of agile approaches, and public-sector managers are beginning to follow suit.

In addition to agile development, a laser focus on the user and the rise of so-called design thinking, which applies designers’ methods to business issues, have propelled vast improvements in our collective understanding of how to build digital services.

This leads to another important difference between the e-government era and the current digital government: talent. All kinds of fields of specialized expertise that comprise the modern digital workforce—user experience and user interface designers, service architects, chief digital officers and agile delivery “scrum masters”—didn’t exist in any significant way in the dot-com era.

Modern workplaces are filled with talented professionals who specialize in these and other digital-age occupations. And as we’ll show shortly, savvy government agencies increasingly have a shot at getting their share of young talent.

More important even than the technical skills of this new cadre of technologists, however, is their entirely different mindset about how government work should be completed and what services should be provided. This shift in mindset just might be the most critical factor for success this time around in the effort to digitally change government.

NEXT STORY: Where is Customer Experience Working in Government? We’ll Show You.