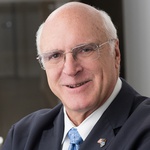 Chats with government leaders point to a few areas of common interest.

It’s taken a while for the U.S. federal government to fully climb aboard the emerging technology train, but as 2020 approaches it is clear that more agencies are ready to ride—and steer—the train toward new digital trends.

Which technologies are likely to attract the most attention? It will certainly vary by agency as each has a unique mission, budget and outlook on the value of various technologies. But generally, in my conversations with government leaders, I’m hearing about a few common areas of interest.

These are my federal government technology predictions for 2020:

It’s probably the geekiest of technologies, but that’s not going to stop the federal government from continuing to explore the possibilities around quantum computing in the coming year.

Whereas traditional computers are built around 1s and 0s, or what we call “bits,” quantum computers will use subatomic quantum bits or “qubits.” It’s thought this still-developing technology could eventually solve problems in minutes rather than thousands of years. In fact, Google claimed it achieved “quantum supremacy” in October 2019, with its chip completing a task in 200 seconds that researches estimated would take a current supercomputer 10,000 years or more. This could dramatically accelerate how people create everything from drugs to cars to new food sources.

China sees quantum computing as the next front in its economic battle with the United States and is determined to own this next great technological leap. But the U.S. government is positioning to compete. In late 2018, it signed the National Quantum Initiative Act into law, which committed $1.2 billion to quantum intelligence research. More recently, the Department of Energy said it would provide $40 million for research to develop quantum computing software. And in May, a White House subcommittee issued a “request for information” seeking outside input on how the U.S. government should further quantum research. Even with this investment, the U.S. is falling behind the rest of the world in this field.

In 2020, expect quantum information science momentum to intensify as governments step up their game.

As workplace technology needs have grown, it doesn’t make sense for government agencies to handle many IT operations internally. Take device management, for example. When an organization purchases computers, it tends to buy them all at once, meaning there’s a large investment up front. Then, they have to either staff up internally to manage and secure those devices or hire outside maintenance teams to do the job. On top of that, as those devices start showing signs of age, workers often have to hold onto them until the next budgetary window of opportunity allows them to be updated, which can affect worker productivity and job satisfaction.

But with a device-as-a-service (DaaS) approach, computer purchases become a monthly operating expense, so the investment is spread out over time. This system ensures that customers, always have access to the latest devices, which are maintained and secured by outside experts. Agency IT personnel are then free to focus on more strategic matters, such as critical management and operations functions beyond device maintenance. I’ve seen that agencies are more open to the XaaS and DaaS model and expect adoption to expand in 2020.

One of the greatest concerns of any supply chain, and especially for technology purchased by the U.S. government from international vendors, is the potential for parts suppliers to be compromised by foreign governments. This is an issue of national security, and one that’s been in the headlines for most of 2019.

It’s a valid concern, and one that I expect to stay top of mind in 2020. In fact, respected security wonk Bruce Schneier, a lecturer at the Harvard Kennedy School, recently asserted that every part of the supply chain can be attacked, including emerging 5G networks and new information systems.

This is why government technology purchasing decisions are so critical. In the past, many budget-minded government agencies have defaulted to purchasing lowest priced technically acceptable, or LPTA,  computers and printers, because that’s how they’ve always done it. With cyber threats against government institutions increasing in frequency and maliciousness, it implores every agency to consider purchasing equipment from vendors with trustworthy supply chains.

Next year I would expect more progress around government legislation, such as the recently passed House Resolution 2500 and Senate Bill 1790, which aims to bring greater accountability into the nation’s procurement processes and make agencies “smarter buyers.”

As the office of the future takes shape and employees increasingly work from multiple locations, the technology underlying physical spaces will adapt for remote employees. It will work in the background to invisibly empower people to communicate and collaborate anytime and anywhere.

This approach called “ambient computing” isn’t entirely new. The idea has been around since the late 1980s when Mark Weiser, a scientist at Xerox PARC, described its precursor, “ubiquitous computing,” where he imagined people interacting with computers, wherever they might be. Of course, the technology didn’t really exist back then to make that happen. Gartner’s 2020 technology trends refer to it as “multiexperience,” and frames it as the replacement of “technology-literate people with people-literate technology.” The rise of mobile and connected devices and technologies like artificial intelligence, virtual reality and augmented reality, are all ways that ambient technology could become a part of everyday life for government workers.

In the near future technology could help us in every phase of our day, from traffic and direction recommendations, connected devices with our projects and materials fully updated, and even recommendations on where to stop after work for happy hour.

In 2020, don’t be surprised to hear about more breakthroughs in ambient technology and how it’s playing an integral role in every office, including government agencies.

5. AI continues its march on Washington.

At times, artificial intelligence sounds like some magical technology that can cure almost any government ill. The fact is AI algorithms are great at some things and not so good at others. For government agencies, AI will become increasingly important in 2020 because of its ability to automate time-consuming tasks, such as data research, and create efficiencies for government employees. It also presents amazing opportunities for instinctively detecting and guarding against unknown, unforeseen, or zero-day cyberattacks that most IT software wouldn’t catch.

Looking ahead to 2020, there are undoubtedly many more trends likely to emerge and influence government spending and use of information technology. One thing is certain, though: the key for every agency in the coming decade will be to ditch the old LPTA procurement model and focus instead on technology delivering better operational efficiency, productivity and security. Most important for government is acquiring the best security.

NEXT STORY: Why Saying 'OK Boomer' at Work Is Considered Age Discrimination – but Millennial Put-Downs Aren't