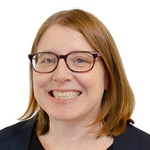 At a briefing with President Trump, FCC Chairman Ajit Pai also said the agency will move forward with a 5G wireless spectrum auction at the end of the year.

The Federal Communications Commission Friday announced a $20.4 billion rural broadband fund that over the next decade will be used to help build out high-speed internet access.

In a news release, the FCC said the “Rural Digital Opportunity Fund” will allow the connection to “up to gigabit-speed” broadband for as many as four million homes and small businesses.

“These next-generation networks will bring greater economic opportunity to America's heartland, including some of the great jobs building infrastructure, and they will help support future 5G technologies,” FCC Chairman Ajit Pai said at the White House during a briefing with President Trump about the initiative.

The Washington Post reported that Pai indicated the rural broadband fund will use what is described as “repurposed” money from the Universal Service Fund, which provides a variety of subsidies in different programs, including helping roll out broadband.

The lack of high-speed internet access in many rural areas is a big issue for federal lawmakers, as well as local officials, who have said it has been a hinderance to economic growth. In 2018, the FCC estimated that more than 24 million people lacked broadband access to their homes. The FCC has since provided an initial estimate that the number has dropped to around 20 million people, but that figure has come under fire from critics.

Pai also discussed the FCC’s plan to auction off more 5G wireless spectrum starting on Dec. 10, which will be the third such auction since Nov. 2018. The auction will sell 3,400 megahertz in three spectrum bands. “For those of you who aren’t wireless experts, that is a lot of spectrum,” he said.

Trump heralded the push as key to the country getting ahead of others on the rollout of 5G, which proponents say will be much faster and, therefore, accelerate the development of new technologies.

“By next year, the United States is on pace to have more 5G spectrum than any other country in the world. That's a big statement because, as you know, some people got ahead of us. We should have been doing this a long time ago, as advanced as it may be,” he said.