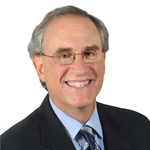 The COVID-19 crisis presents an opportunity to put in place solutions that will benefit us all, now and in the future.

Across the spectrum of relief and stimulus initiatives, many of them federally funded and state administered, antiquated technology and processes are inhibiting effective and efficient execution. As a result, we face the very real possibility that desperately needed assistance will simply not flow to those who need it nearly fast enough.

Indeed, to put in context the enormity of the challenges being faced by both the federal government and the states, consider the following:

As many have suggested, it is critically important that Congress include funding for technology modernization in the next COVID response legislation. And that funding should not be limited to federal agencies; there should also be substantial, direct grant funding to the states. While some might argue that this is principally a state responsibility, these programs, while state administered, are federally funded and have average payment error rates of over 10%, meaning billions of our tax dollars are already wasted every year. Thus, it is clearly in our collective best interest to support initiatives that drive improved performance and reduced cost.

However, we can invest all we want in modernizing technology but we won’t get much value in return if we don’t also attack the underlying business processes and policies that drive sub-optimization. The legislation Congress is now crafting should become the conduit to truly unleash innovation and open the door to new, creative, and responsible solutions. This will not only address immediate problems but can also have long term programmatic benefits.

To that end, the bill should include authority for states to pilot new approaches to their management of federally funded, state-administered programs, provided those approaches meet four critical requirements: 1) improved support and service to beneficiaries; 2) reduced administrative costs; 3) documentation of impact (increased payment accuracy; rapidity of addressing beneficiary appeals; call center performance, overall customer satisfaction, etc.); and, 4) assurance that eligible beneficiaries do not lose any of their benefits.

Today, these programs are too often impacted by disparate and arcane rules that stipulate how and where contractors may be utilized, and how and where data or enrollment processes can be shared to facilitate cost reductions and improved service. This innovation pilot initiative would be specifically designed to attack those arbitrary and limiting factors. With this authority, and through well-constructed contracts, states will be in a far better position to facilitate implementation of the CARES Act. They will also have the ability to broadly explore and implement the kind of systemic changes that drive documentable long-term program performance—the need for which has been clearly highlighted by the current crisis.

To spur innovation, the process needs to be as open as possible. As such, the legislation should strongly encourage, even require (if that is possible) that states use an acquisition approach known as “Commercial Services Openings” (CSOs) or an equivalent methodology. At its heart, a CSO is pure performance-based acquisition. All interested parties respond to a problem statement with their proposed solution. From there, an agency can rapidly down-select to those it thinks are most relevant and viable. Gone are traditional, constrained, time consuming requirements processes and documents. Instead, CSOs offer the potential for an agency to see, and access, a much wider array of potential solutions than would likely have been otherwise possible. For states looking to transform their delivery of assistance services of all kinds, the process could be eye opening.

Winston Churchill famously advised that one should never waste the opportunities presented by a crisis. Crass as it may sound, his advice was right. While the coronavirus crisis is tragic by any measure, it also presents a rare opportunity—and an imperative—to innovate, to open eyes and minds, and to put in place a range of solutions that will benefit us all, now and in the future. Let’s not waste it.

NEXT STORY: Is the Fourth Industrial Revolution a Silver Lining?