As Putin Schemes to Extend His Reign, Expect New Forms of Internet Repression

As Putin Schemes to Extend His Reign, Expect New Forms of Internet Repression 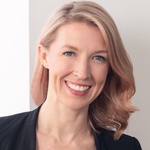 Hiring tech talent is the beginning, not the end.

Amazon is coming to town: Everybody panic! How will the government compete with the behemoth for tech talent? The government is up against more and more companies like Google that pay high salaries, offer free meals, book onsite masseuses, take teams on lavish retreats, you name it.

Speculations about Amazon’s impact on hiring in the area range between those convinced that Amazon will suck up all the tech talent to others who believe the company will bring a bigger, more diverse pool of candidates. Only time will tell, and regardless of Amazon, the government needs top tech talents more than ever.

The good news is that the government is working on the most important problems that directly affect everyday life, and a growing faction of the tech workforce wants a compelling mission even more than money. But once tech hires are in the door at federal agencies, the hard part is retaining them.

Already, federal agencies are taking various approaches to improve their appeal to better bring in and retain tech talent. New, forward-leaning government organizations like the U.S. Digital Service and 18F have sprouted in the past five years recruiting heavily from the private sector. We’re seeing an increase in government missions that require data scientists. The Defense Innovation Unit has reservists working out of SpaceX.

What can other federal agencies do to become more competitive, attractive employers and better retain tech talent?

Use existing hiring waivers and exceptions. While the government has plenty of ways to bring tech talent in, GAO found in 2016 that federal agencies were overwhelmed with too many special hiring authorities and relied on just 20 of the 105 options. Use competitive service, excepted service, and direct-hire authorities where they make sense for agency needs.

Temporary critical hiring exists for 30-day emergency appointments when you need to bring someone in fast. Schedule A fellowships allow agencies to make appointments without regard to competition. The Intergovernmental Personnel Act Mobility Program is a temporary-transfer option for moving personnel between federal, state, and local governments and other eligible organizations.

Create psychological safety. The fact that the government is more risk-averse than the private sector is common knowledge, and risk-averse workplaces can lead employees to be afraid of pitching or testing new ideas that could improve the way the government runs. During one of our three-day innovation trainings for government leaders, we organized a panel of four “recovering Defense Department innovators” who left the service rather than staying to see their ideas through because of the workplace environment.

One person said, “If my leadership, for even one second, showed that they had my back and trusted me, I would have stayed.” Take steps to foster an environment of psychological safety to give your team the ability to take risks, share ideas, and stick their neck out “without fear of having it cut off.”

Leverage the mission. People sign up for civil service work to become a part of something bigger than themselves, and what’s bigger than the U.S. government and the important work it does? Employees at mission-driven organizations are more likely to stay longer and perform better than anyone working for the weekend. Don’t let tech talent lose sight of how important their work is in the government.

Focus on outcomes, not just outputs. I hear the term “bureaucracy hacker” more and more when people describe their jobs in the federal government. While cheeky, “bureaucracy hacking” speaks to something driving federal employees’ job satisfaction: the ability to drive the impact they set out to have. Setting goals for your teams and programs that are outcomes, not outputs, will drive different behavior and results.

Rather than defining success as completing a project on time and within budget, what matters more is whether the completed project achieved the desired results. You can build something on time that is a complete disaster, but by focusing on outcomes, you open the door to flexibility and creativity to best solve the problems at hand and allow your employees to see the fruits of their labor.

Let people do the jobs you hired them for. You hire tech talent in part for new expertise and fresh perspective. Yet, we often see the government expecting tech talent to fall in line with existing red tape. Of course, both federal agencies and new hires need to adjust, but remember that you hired this expert for a reason. Don’t stifle their ability to contribute their skills and perspectives in meaningful ways.

Adopt private sector tools. Whether you are hiring data scientists or agile software developers, you'll find that they have grown accustomed to using tools in the private sector that help them be effective at their jobs. Some popular tools could help tech hires feel like they’re still in the highly productive, technologically driven work environments they’ve come to expect. For developers, that might be DevOps tools like GitHub or CircleCI, a Dcode alumni company, for continuous development and deployment. Data scientists might appreciate workbench platform Domino Data Lab or data science platform DataRobot, two companies that also completed our federal market accelerator. Capturing the imagination of your tech hires through current, relevant, functional tools like these examples will help keep them feeling challenged and create the opportunities for learning and creative problem-solving that they crave. Even though some of these private-sector tools can be expensive, investing in your technology stack is essential to attracting and retaining tech talent and will pay dividends.

Meagan Metzger is the founder and CEO of Dcode, a privately-owned company connecting the technology industry and government to solve critical challenges through commercial innovation.

NEXT STORY: 4 CX Lessons Federal Agencies Can Learn from Their Peers