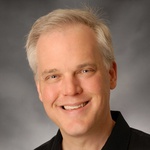 By embracing automation, agencies can free up budget for innovation.

It’s been said 80 percent an organization’s budget is spent “keeping the lights on” with ongoing operations and maintenance. That leaves only 20 percent left over for innovation. Based on conversations I’ve had with government agency leaders, this is often a best-case scenario.

Given today’s increased emphasis on cybersecurity, that 80 percent may be even higher with unfunded mandates to enhance security postures and reporting capabilities, leaving less and less room for innovation. And security threats and attackers aren’t going to stop.

Some agencies I’ve met with spend almost all their time on the patching “wash, rinse, repeat” cycle. By the time they’re done patching, they need to do it all over again, leaving no time left for innovation at all. What’s an agency going to do?

One of the best ways to help lower the 80 percent O&M and free up budget for innovation is automation. Terry Halvorsen, Defense Department chief information officer, says labor is the biggest driver for data center consolidation. In his words: “Software automation can replace manual labor currently carried out by administrators and other personnel. Those labor costs represent the largest potential pool of savings.”

“If you still have a lot of people doing monitoring and maintenance of servers, that is a bad use of people – those processes can be automated,” he said.

So, how do you automate?

One way to automate your data center is to adopt Infrastructure as Code processes. IaC turns the processes used for provisioning, managing and configuring your systems from “human readable” to “machine readable.”

IaC is very popular in the open source and DevOps communities, where open source projects and tools like Ansible, Puppet, Chef, Salt and others are used to capture human-fallible three-ring binders, PDFs and Word docs of processes as machine readable code that can be repeatedly read and acted upon by humans and machines alike.

Gartner said the goal should be to reduce that 80 percent O&M spend down to 60 percent or lower, freeing your agency to spend 40 percent or more on innovation. Automation can play a key role here. One word of warning, though: The innovative systems of today are the legacy systems of tomorrow.

As such, you’ll want to factor automation into your net new workloads because they’ll eventually go into production and move from your 40 percent innovation budget to your 60 percent O&M budget. In other words, the number of systems you need to maintain is likely to grow, and using automation from the get-go can help keep your O&M budget under control and not hold you back from innovating.

Those looking for examples of agencies successfully getting their O&M spend under 80 percent should look no further than my home state of Ohio. I once had the pleasure of speaking with Ohio Chief Technology Officer Tom Croyle, who told me his team has gone from 80 percent keeping the lights on and 20 percent innovation to 50/50 now, with an eye toward 30/70 in the future. That’s an envied accomplishment every commercial organization and government agency at the federal, state and local levels can and should aspire to replicate.

Reaching that ratio of O&M to innovation isn't impossible, but it will require agencies to continue modernizing processes and to be open to automation in ways they have never explored before. This evolution will give IT managers the freedom to spend more time exploring and adopting new technologies, rather than spending their time keeping the lights on. Integrating automation practices will help balance the scales and provide agencies with a more solid platform for future growth.

NEXT STORY: Time to Stop Hitting the Cyber Snooze Button on US Infrastructure