What Can Barnstormers Teach Us about Face Recognition?

What Can Barnstormers Teach Us about Face Recognition? 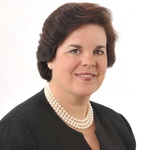 Countless industries have benefited from advancements in computing technology – from manufacturing, financial services, biotechnology, education and entertainment, to the government and the military. This ongoing push for innovation has led to significant increases in both industrial productivity and efficiency.

In fact, innovations stemming from supercomputing can be found in nearly every facet of our lives. From oil discovery and energy efficiency, to climate modeling, to the introduction of new drugs, to the design of cars and planes – supercomputers have helped displace costlier, less-efficient models – thanks in large part to funding from the federal government.

According to the U.S. Council of Competitiveness’ October 2014 “The Exascale Effect: the Benefits of Supercomputing Investment for U.S. Industry” report, supercomputing is viewed as a cost-effective tool for accelerating the R&D process, and two-thirds of all U.S.-based companies that use supercomputing say “increasing performance of computational models is a matter of competitive survival.”

While engineers and scientists struggled with massive data files in the 1990s in the commercial computing space, supercomputers were being designed to work on files ten thousand times larger. Since, many of the technologies resulting from this work have been adopted in conventional computers, helping to usher in a new age of modeling, simulation and massive data analytics technologies.

Federal entities have played a strong role in pushing for supercomputing innovation. Examples run the gamut. For instance, the Defense Department’s work on supercomputing led to the creation of packet switching networks and speech recognition tools. The Energy Department has advanced networking technologies, enabling the successful deployment of systems in support of the Accelerated Strategic Computing Initiative.

In turn, ASCI (and its eventual successor, the Advanced Simulation and Computing Program) has helped in countless other ways through the use of high-performance computers at America’s national laboratories.

Despite these accomplishments, federal funding for R&D is still needed to help drive supercomputing innovation to new heights. Energy efficiency can be enhanced significantly.

As my colleague said recently in testimony before the House Committee on Science, Space and Technology Subcommittee, the cost of electricity for the fastest computer at the end of the decade is estimated to potentially reach $100 million annually. Federal support for supercomputing research could help address this challenge.

Innovations in network technology, computer memory designs and storage technology are also needed. Further developments are necessary to make memory much more affordable, and to economically manage the massive volumes of data available. We need to make advances in storage technologies that cannot only affordably house the volumes of data, but can also make the data readily accessible to the supercomputer. Also, rotational speeds of spinning disks have plateaued relative to the growth rate of data, and the costs of promising new technologies could stifle innovation.

Sustained federal support – along with continued coordination between public agencies, private enterprise, academia and America’s unrivaled network of national laboratories – will allow us to overcome these obstacles and allow supercomputing to continue playing a pivotal role in U.S. economic and technological innovation. America needs to stay competitive with other countries, especially China and Japan, which are heavily investing in supercomputing and the economic advantages it provides.

Fortunately, Congress recognizes this need. Earlier this month, Sen. Lamar Alexander, R-Tenn., and Rep. Randy Hultgren, R-Ill., reintroduced important legislation to renew America’s commitment to investing in the future of supercomputing. These bills would authorize federal support for research and development of U.S. high-performance computing (or supercomputing) through Energy Department’s Advanced Computing Science Research program. The bills have support in both parties, with the bipartisan House Science and National Labs Caucus endorsing the legislation.

Federal funding for accelerated R&D of supercomputing could lead to untold new inventions and discoveries. Supercomputers could eventually come in the form of a handheld device, holding an amount of information equivalent to the contents of the Library of Congress, with near-instantaneous intelligent cognitive capabilities in many languages. This would allow the user to receive answers to almost any question in real time.

Supercomputers could one day power small search-and-rescue robots and automatically differentiate between voices in a meeting. They could even help the blind move more safely, recognizing objects and moving around them. And these are just a few of the countless possibilities.

For the U.S. to continue to lead in the supercomputing space – achieved through the collaborative effort between the government, national laboratories, technology industry and academia – the federal government will need to sustain funding for high-performance computing research and development initiatives.

The proposed legislation is a necessary step to continue our government’s proud legacy in this area. Without it, we run the risk of ceding our economic and technological advantages.

NEXT STORY: Moving Beyond the PDF Era: 3 Reasons to Embrace Financial Transparency