Accelerating Agility in Government with AI
Skip to Content
Get the need-to-know news for current and aspiring technology executives.
Featured eBooks 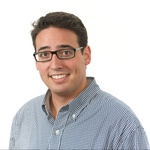 Some state and local Republican officials are refusing to concede elections and claiming voter fraud.

The disinformation scenario that local election officials feared months ago has come true: President Donald Trump’s false claims of voter fraud have been picked up by many state and local Republican officials across the country, and polls now show that more than two-thirds of GOP voters believe the 2020 election was neither free nor fair.

Last week, 10 state attorneys general signed an amicus brief supporting the president’s unsuccessful bid to block an extension for mail-in ballots in Pennsylvania. And state lawmakers from South Carolina wrote a letter in support of court challenges that had nothing to do with their own state.

This week, the Republican members of a county election board in Michigan held up certification for hours, triggering national news stories and a flood of outcries with no clear resolution in sight. Arizona Republicans are trying to block the certification of Maricopa County’s results. And three statewide candidates, including one running for governor, have refused to acknowledge their losses and concede.

It has been frustrating for Arizona Secretary of State Katie Hobbs, a Democrat who said she has received death threats because of “extremely dangerous” and “broad and baseless conspiracy theories” being repeated by Republican officials in her state. That rhetoric, she said, could suppress turnout and participation in future elections. She and other election officials warned of this nightmare scenario for months.

“It’s just unfortunate that we’re at this place where what we said would happen is actually happening,” she told Stateline. “It makes me sad for our country.”

Trump’s refusal to concede, and his and other Republican lawmakers’ relentless, unfounded allegations of widespread voter fraud, threaten the integrity of American democracy, many election officials and experts warn.

In the weeks following his defeat by President-elect Joe Biden, Trump and his allies have launched an evidence-free crusade against what he has called the “most fraudulent election in history.” Most election officials, both Democratic and Republican, vehemently refute this, saying it was safe, secure and fair. In a New York Times survey of election officials in every state, not one said there was evidence of widespread voter fraud.

But the damage may already be done.

There is a real danger that these attacks on the democratic process could discourage Americans from voting in future elections, said Myrna Pérez, director of the Voting Rights and Elections Program at the Brennan Center for Justice at the New York University Law School.

“There are some people who will buy the disinformation that they’re getting and that will cause them to lose faith,” she said. “But there are also groups that are just going to get disgusted. There’s a potential for chilling the uninformed but eligible voter.”

These attacks on election officials and the voting process also give politicians dangerous grounds to reject unfavorable election outcomes, said Justin Levitt, associate dean for research at Loyola Law School in Los Angeles, and a former U.S. Department of Justice senior voting rights official in the Obama administration. This assault on democracy, he said, goes well beyond previous norms around asking for a recount or contesting a limited number of ballots.

“We have to have the possibility of losing a fair election for our democracy to work,” Levitt said. “If the only possibilities going into an election are, ‘We won or it was stolen,’ that’s not a democracy anymore.”

Multiple recent polls show that most Republican voters do not trust the results of the election. One Morning Consult poll conducted Nov. 13-16 found 7 in 10 Republicans say the election was not free and fair, nearly twice the share who said the same just before the election.

“This is further convincing [Trump’s] supporters that the election was somehow stolen or rigged despite all the available evidence to the contrary,” said Richard L. Hasen, a professor of law and political science at the University of California, Irvine. This political effort, he said, may lead some voters to never accept Biden’s presidency and will further undermine confidence in the democratic process.

The Trump campaign and the White House did not respond to requests for comment.

A recent unpublished study by scholars at six U.S. universities found that when Trump voters are exposed to his rhetoric about electoral fraud, it “erodes trust and confidence in elections and increases belief that elections are rigged.” The study is being prepared to submit for review.

Though the scholars conducted the panel survey over the course of October before the election, showing participants dozens of Trump’s tweets, the results are still applicable to this post-election period, said Katie Clayton, one of the study’s authors and a Stanford University graduate student with an interest in political science research.

“When Trump tweets this type of stuff, it does have consequences,” Clayton said. “If we have a huge segment of the population not trusting institutions of democracy, that’s a huge problem.”

Trump has spent much of his presidency assailing elections, including his own 2016 victory when he lost the popular vote.

These broadsides from the president came as national security officials warned that Russia and other bad actors were trying to divide Americans through disinformation.

Trump’s attacks ramped up as states and localities this year increased access to mail-in voting as a safety precaution in the middle of a global pandemic. His rhetoric forced many local election officials, including those in the president’s party, to push back against the idea that voting by mail was insecure.

Since the election was called, the president has taken his grievances to court, on Twitter (which has labeled many of his tweets as false) and within his own administration, firing the nation’s top election security official, Christopher Krebs, who had declared the election “the most secure in American history.”

The remaining federal cases in states such as Arizona, Georgia, Michigan and Pennsylvania do not include enough votes to reverse Biden’s victories in those states, nor have Trump’s attorneys presented any substantive evidence of widespread election fraud, Hasen said. In many of the more than two dozen lawsuits filed in state and federal court, judges have offered scathing rebukes of the claims.

Some GOP leaders, including Maryland Gov. Larry Hogan, have urged the president and his allies to recognize Biden’s win and move on for the sake of the party and the country’s faith in democracy. But Trump’s actions have, for the most part, gone unchecked or even encouraged by members of his party.

Ten Republican state attorneys general filed amicus briefs to the U.S. Supreme Court in support of Trump’s legal effort to challenge the extension of mail-in votes in Pennsylvania, while Republican lawmakers in Michigan and Pennsylvania launched investigations of the 2020 election.

Earlier this week, Republican election board members in Wayne County, Michigan, initially refused to certify election results for Detroit, saying they had concerns about irregularities. After a widespread outcry from voters and state officials, who called it a blatantly political move, the Republican members reversed course and certified the results. That changed shortly after, when, following a call with Trump, the two Republican members asked to rescind their votes. Later, Trump invited top Michigan Republican lawmakers to the White House.

Democrats fear Trump is trying to prevent Michigan and other states with Republican-dominated legislatures from certifying Biden’s victory, which might allow GOP state lawmakers to choose electors who will vote for Trump even though Biden won more votes in their states.

The conversation left Raffensperger stunned after Graham appeared to ask him about throwing away legally cast ballots. Graham denied this allegation and said he was curious about the state’s ballot signature-matching policies.

Voting rights groups, such as the Lawyers’ Committee for Civil Rights Under Law, said Graham may have broken federal election laws. Raffensperger said he and his wife have received death threats.

The Peach State’s two Republican U.S. senators, Kelly Loeffler and David Perdue, who are both up for reelection in a Jan. 5 runoff, called for Raffensperger’s resignation. All of this, Raffensperger told The Washington Post this week, casts doubt on the election process and may force Americans to ask, “Why vote?”

In the midst of Trump’s attacks, death threats were made against election officials in Arizona, Georgia and Pennsylvania. This partisan push against local election officials is especially disturbing, Levitt said, considering the extraordinary conditions under which they administered an overall successful election during the COVID-19 outbreak.

Doubt in the democratic process will continue to grow if disinformation from the president and his allies continues, said Tammy Patrick, a senior adviser for the elections program at the Democracy Fund, a bipartisan foundation.

“There are just straight-up lies and falsehoods being perpetuated that, unfortunately, people think are true,” she said. “Not only does it reflect poorly on the man, the office, the country, but it reflects poorly on our democratic process and strength.

“Here we are with our sitting president being the one doing the most damage to our democracy.”

This article was originally published by Stateline, an initiative of The Pew Charitable Trusts.