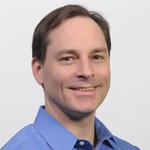 Over the next 36 months, an algorithmic-warfare team will draw up a model for splitting the work between government and industry.

By year’s end, advanced algorithms will be helping troops in Iraq and Syria hunt through video and still imagery to find ISIStargets — and that’s just the start for AI, said Col. Drew Cukor, who leads the Pentagon team charged with laying out a plan to begin realizing the promise of artificial intelligence for the U.S. military.

“The Department of Defense is starting with computer vision because there’s been immense breakthroughs from the research into self-driving cars, but everything will be touched,” Cukor said Thursday at the Defense One Tech Summit in Washington, D.C.“We have an acquisition community that is larger than the entire Marine Corps. We have a large maintenance corps that could be helped by the kind of predictive AI already in use by commercial aviation companies.”

Ultimately, he said, ‘We hope the flame-front of AI burns through the entire department.”

Cukor is the chief of the Algorithmic Warfare Cross Function Team under the Intelligence-Surveillance-Reconnaissance Operations Directorate in the office of the defense undersecretary for intelligence.

But before the AI can hunt for ISIS’ pickup trucks, it needs to learn what’s what, and what’s significant. The computer can teach itself, but it must be able to study a large, well-labeled set of still and video imagery. So his team is lining up help, both military analysts and commercial firms.

“We have to triage and label our data to train these algorithms. That is a governmental function,” because the military has the experts, he said. “We will put an algorithm into a combat zone before the end of the year, and the only way to do that is with commercial partners.”

That kind of public-private teamwork is going to be crucial as the military expands its use of AI from computer vision into other realms of the defense establishment, such as maintenance and acquisition. For one thing, industry has sucked up the lion’s share of the limited expertise in this cutting-edge area of technology.

“We are in an AI arms race, and it’s happening in industry, in the Big Five” — Amazon, Apple, Facebook, Google, and Microsoft, Cukor said. “The computer science departments of our major universities are wiped out because the professors are all on sabbatical doing this work.”

But the private sector can also bring a swiftness of execution to the work, he said.

Cukor cited a report by the McKinsey firm on the steps required to produce an AI that can help warfighters: ready data, support, developers, and a human-AI interface, with integration and optimization at a premium.

“All of these things need to be put in harmony. In these next 36 months we will break this out: what needs to be commercial, what’s inherently governmental,” he said.

As the use of AI expands, it will collect intelligence, sort it, alert troops and leaders, and advise them on courses of action, Cukor said.

How about targeting and trigger-pulling?

“When we get to the point where we’re talking about decision-making, we’ll have another debate, but we’re not anywhere near that now,” he said.