Agency scores dropped in part because of the 10 agencies receiving F grades in data center optimization, up from seven on December’s scorecard. Only two agencies received As.

A reason as to why could be a wording change in the data center metric, one of the chief indicators of agency performance. In past scorecards, “Federal Data Center Consolidation Initiative” served as a key metric, but that wording has changed to “Data Center Optimization Initiative.” Either way, a recent Government Accountability Office found a handful of agencies accounted for the bulk consolidated data centers and most other weren’t meeting DCOI strategic plans.

That isn’t the only change to today’s scorecard. 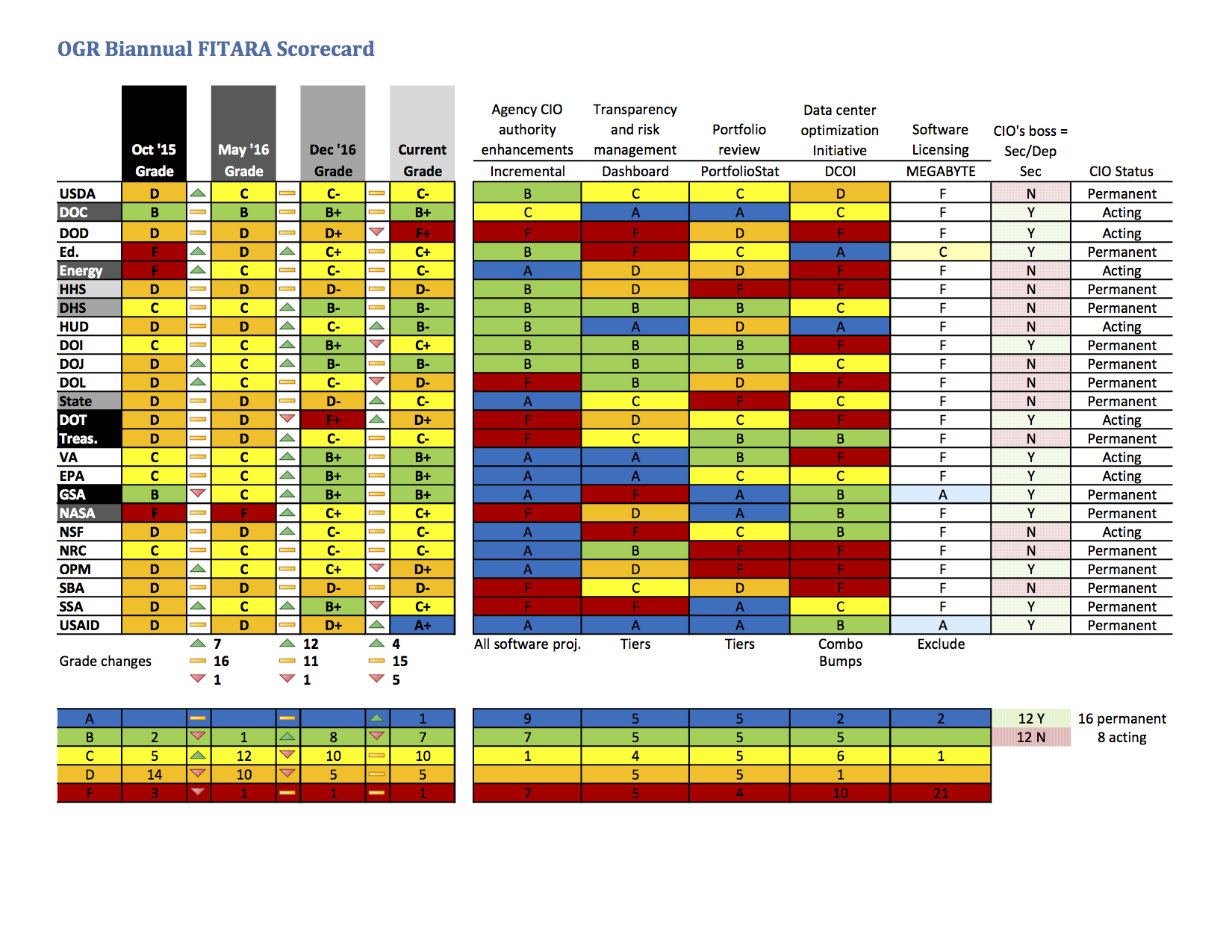 Two new metrics have been added to measure agency performance: software licensing under the MEGABYTE Act and whether agency chief information officers are permanent or acting.

Only three agencies avoided an F in software licensing: the Education Department, the General Services Administration and the U.S. Agency for International Development. Those grades, however, do not factor into overall agency scores, according to the scorecard.

In total, eight agencies—or one-third of all CFO Act agencies—have acting CIOs heading their IT operations.

The Defense Department earned the lowest grade, an F+, receiving an F in data center optimization, incremental development and IT Dashboard metrics and a D in portfolio reviews.

The biggest improvement was at USAID, which jumped from a D+ to an A+. Six months removed from earning Fs in CIO authorities and IT Dashboard, USAID earned As in those categories.

The Commerce Department remains the most consistent agency with a B+—the fourth time in four scorecards it has earned a B.

NEXT STORY: A US Federal Court Just Used Donald Trump’s Own Tweets to Block His Travel Ban