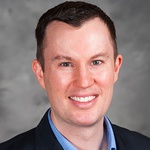 Here are three ways government agencies can facilitate and accelerate their move to hybrid cloud.

Federal cloud spending is reaching all-time highs, with many organizations investing in hybrid cloud models. This environment uses a combination of on-premises, private cloud and public cloud services, and presents an ideal solution for agencies wanting to balance agility with security.

Notably, hybrid cloud enables users to select best-of-breed components from multiple computing environments and bring them together into a moveable technology stack. This allows users to automatically deploy workloads to different, targeted clouds.

Despite these benefits, many agencies are daunted by the lack of an industry standard for hybrid cloud migrations. Organizations using on-premises equipment often aren’t sure where to start. Some may be unfamiliar with open source tools that can expedite their migration and aggregate data to the cloud. Additionally, some lack an understanding of the security and policy considerations of public and multicloud environments.

However, most agencies have observed the private sector’s embrace of hybrid cloud and multicloud, and see it as inevitable. Because of this, many organizations have incorporated hybrid cloud or multicloud into their IT roadmaps, but are at different points along their journeys, with a large proportion remaining unclear how to get there.

With this in mind, let’s take a look at three ways government agencies can facilitate and accelerate their move to hybrid cloud.

1.  Create a single repository of truth.

In order to leverage multiple cloud environments you will need the ability to create environments on demand. This may sound simple but it can be challenging as you need not only the code but also the configuration for all deployable artifacts in the system.

A good way to start is to build a single repository of truth. This repository will store not only application code and dependencies, but anything that is needed to build an environment from version control. Many times a single repository of truth will include things such as application code, database schemas, environment creation tools, scripts, automated tests, and even documentation and release notes.

By creating a single repository of truth you can predictably build environments in a repeatable way no matter which cloud you choose as a foundation for your workloads.

2.  Drive efficiencies with Kubernetes, and common APIs and tools.

Using different tools to manage multiple cloud environments can get unwieldy pretty fast. The good news is you can simplify the transition by adopting industry standard APIs and tools.

Kubernetes, for example, has become a de-facto API for cloud workloads. It can be used to abstract your cloud deployment in an infrastructure-agnostic way, standardizing how you build and run applications. For traditional virtual machines, open-source software such as Ansible can allow you to automatically provision applications consistently across cloud providers.

3.  Default to open with your data.

Moving data between cloud environments is a complex undertaking and can often be cost prohibitive. That’s because many cloud providers make it easy to ingest data, but difficult to move it out.

The solution? Think ahead. Have a plan for how much data you have; how it’s classified; what datasets you can run where; and the cost of moving it around. Avoid using proprietary technologies and APIs. Instead, default to open by using open source technologies and APIs, such as S3, that can be leveraged in any environment.

While these strategies are essential building blocks for hybrid and multicloud environments, ideally they are best practices that should be adopted regardless of your agency’s infrastructure. Individually and collectively, they represent good, basic application and data management practices that can help your agency become more efficient and agile.

If you are planning a move toward a hybrid cloud environment, rest assured that your efforts have the potential to be truly transformative for your agency. Yes, there’s a lot to consider, but by leveraging open source tools you can facilitate the migration, and the journey might be faster, easier, and more rewarding than you imagine.

John Osborne is the chief OpenShift architect for Red Hat Public Sector and is the co-author of OpenShift in Action.

NEXT STORY: The End of Cyberspace