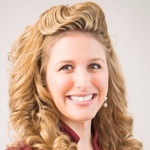 Upgrades later could have hidden costs.

With shrinking budgets and increased demands placed on personnel in the government sector, IT staff and contractors that are shopping for new infrastructure often feel they must do more, with less. However, there can be drawbacks when considering spec’ing a machine out in a way to make sure it is under budgetary numbers. Here’s why spending a little more now will likely result in decreased costs in the future.

Price trumps many considerations when IT staff request solicitations for infrastructure. By having, say, six hard drives installed in your new server—as opposed to the maximum number of drives—costs are reduced. The same goes for opting for a single CPU configuration instead of dual processors, or for selecting lower amounts of installed memory DIMMS versus higher DIMM slot utilization, for example.

While buying the bare minimum does reduce your cost now, if/when your team needs to complete upgrades as data storage needs increase, or if they require upgrades to system memory as virtual environments are expanded, the costs will end up being much higher than if they had spent more during the initial purchase. That is because it is less expensive for the factory or reseller to install and configure equipment as it is manufactured, as opposed to the high cost to the end user of add-on and replacement parts down the road. Also, any post-purchase upgrades to a server will need to be installed on the system and may add onto costs.

In addition to necessary parts costing more if purchased separately from the system purchase, there is also a disparity in the warranties you will receive with add-on parts. New parts that were originally installed in a server or storage array are generally covered under the same standard warranty as the server or storage, which is typically a three- to six-year warranty.  But this is not the case with parts purchased after the fact. Parts purchased later will typically come with a standard one-year or less warranty. This adds paperwork and documentation requirements for contracting officers, and the potential to miss warranty deadlines for newly added components. Thus, when a component fails, the only remedy available to IT staff will be for the government to purchase, without reimbursement, the exact same part.

Performance limitations, such as the lack of controller cache or un-optimized memory, are easy to spot and are honorable attempts to limit the initial expenditure of government procured IT infrastructure. However, it doesn’t take long for a handicapped server to take up the few hundred dollars that were saved by not buying a 1GB of FBWC when its speeds are significantly slower than a server that does have the cache. In some environments, it could conceivably take just a few days for a server to pay for its own upgrade when looking at the increased productivity (and morale) of those using it.

Concerns of system downtime go hand-in-hand with initial performance limitations. Some costs may be deferred now by not springing for performance-enhancing options. However, when IT teams eventually fund the necessary component upgrades or enhancements, their asset will still need to be brought down and the upgrade completed (usually at night or on weekends), requiring unnecessary downtime and causing frustration to IT staff members.

So, in essence, spending a little more now may save you a lot more later while also keeping productivity and worker satisfaction in place.

Tiffany Bloomer is the president of Aventis Systems, Inc.

NEXT STORY: How Ghost Army Tactics Can Help Federal Agencies Win the War on Hackers