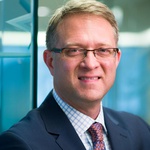 Despite years of top-down push, there's been minimal buy-in from agencies.

In September 2009, the federal government launched the Cloud Computing Initiative. Federal technology leaders reasoned that by embracing cloud technologies agencies could lower the cost of government operations while spurring innovation.

Today, after more than eight years of sustained top-down pressure on agencies and the promise of cloud’s well-understood economic benefits, we’ve seen only modest levels of buy-in across government. Not a single agency met a governmentwide target set by the Office of Management and Budget that 15 percent of IT spending in 2016 be on cloud computing services.

The White House’s American Technology Council, in a recent report, acknowledges the challenge and attributes it to “impediments in policy, resource allocation, and agency prioritization.” In addition, some agency decision-makers are unsure of how to start their path to the cloud or how to maintain momentum once they’ve begun. Many find the procurement of a utility-like cloud service challenging given federal acquisition rules and policies, and some fear the risks of migrating legacy workloads to an external infrastructure.

Despite these impediments, I am quite bullish on the future of cloud adoption across government. Agencies are increasingly compelled by their own missions to embrace public cloud services going forward. Here is why: The pace of commercial innovation is accelerating, and increasingly those emerging technologies will be accessible only through the cloud. So, cloud services—and the transformative capabilities that they deliver—are becoming baseline requirements for agencies as they modernize their mission-focused strategies and tactics for the information age.

We have already seen this recognition materialize most recently at the Defense Department. In September, Deputy Secretary of Defense Patrick Shanahan declared the department will be aggressively accelerating its adoption of commercial cloud services, arguing that it is “critical to maintaining our military’s technological advantage.”

Like Defense, other departments and agencies will come to realize that more rapid adoption of emerging technologies is imperative to remain mission-proficient going forward. And because of its modern, elastic and secure features, the cloud has become the preferred, and increasingly the only, place where new capabilities—such as artificial intelligence, machine learning, advanced data analytics, blockchain technology, augmented and virtual reality, and more—are emerging as tested, reliable and enterprise-ready service offerings.

This means the narrative around cloud adoption for government agencies is shifting. Initially, cost savings were a primary driver, but agility is fast becoming the main focal-point. Going forward, cloud will become even more critical for maintaining the proficiency and relevancy of the enterprise mission.

Defense, for example, has seen adversaries invest heavily to incorporate emerging information technologies in their arsenals. In response, the department now views AI and other critical emerging technologies as cornerstones of its own long-term strategy to gain competitive advantage by automating and accelerating battlefield intelligence, operations and decision-making. It recognizes that commercial cloud providers are pioneering technologies in this field and their pace of innovation is extremely rapid.

Many of the most important emerging technologies will operate almost exclusively on modern, cloud-based platforms. One of those is blockchain technology, which the Defense, Treasury, and Health and Human Services departments, and the General Services Administration are exploring as a potential alternative to traditional cryptography models to secure identity management, supply chains, procurements and financial transactions.

Another is precision medicine technologies, which use an individual’s genetic information along with environmental and behavioral information to diagnose and treat diseases. The Veterans Affairs, Health and Human Services, and Defense departments are actively exploring large-scale cloud-based data science technologies, which aggregate and analyze large and disparate data sets.

These technologies and others require a dynamic and highly scalable infrastructure to rapidly transform data into insight and deliver innovative new capabilities on-demand. But not just any cloud, as these technologies are often native and reliant on the core capabilities of public clouds. In other words, agencies are buying into commercial best practices and innovations that have been aggregated across many users and use cases.

Security in the cloud in past years was consistently cited as a concern by many enterprises. But, today, security is among the top three drivers for cloud migration among companies, according to a new global IDG research survey of 600 cloud-using companies across a variety of industries. More than half of businesses now say the cloud improves their security.

In summary, cloud adoption is inevitable for federal agencies if they want to remain relevant to their mission. I recommend two approaches to federal leaders who want to move forward with a cloud deployment strategy. First, agencies should approach cloud deployment in waves over multiple months, starting with teams of innovators and early adopters who are enthusiastic to securely embrace the latest technologies for their applications. And second, incorporate continuous feedback along the way, and apply lessons learned and best practices for subsequent migration waves. This will create a sustainable, cloud-first culture that embraces continuous innovation.

NEXT STORY: What It Takes to Become a Cyber Expert