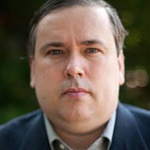 Imagine for a moment you have been appointed as the new U.S. federal government CISO. What do you do to secure the federal information infrastructures?

Dr. Phillip Hallam-Baker is vice president and principal scientist at Comodo, a global cybersecurity innovator. Contact him at philliph@comodo.com.

In his final budget proposal, President Barack Obama highlighted cybersecurity as a top priority and proposed a new position for the federal government: a chief information security officer.

As part of Obama’s Cybersecurity National Action Plan, this new CISO would be tasked with modernizing government IT and transforming how the government manages cybersecurity.

While the new CISO, retired Brig. Gen. Gregory Touhill, was just named in September 2016 and is just getting started, the one thing we know with absolute certainty is he will have a difficult job ahead. This is because federal government IT systems have more holes than a colander.

And the next time one of them is breached, Touhill will be the person sent to Capitol Hill to explain what went wrong—similar to how an enterprise CISO is sent to the CEO’s office to explain when a security breach happens.

Imagine for a moment you have been appointed as the new U.S. federal government CISO. What do you do to secure the federal information infrastructures? The checklist could be analogous to the to-do list for the enterprise CISO.

You do have one important form of leverage as a federal official; every agency head knows a public breach is likely to be followed by a congressional hearing. Agencies that work with your office to develop effective security policies will find it easier to convince Congress and the public the breach was because of misfortune rather than carelessness.

2. Discontinue use of outdated systems.

Security must become your priority in IT infrastructure, not the exception. An all-encompassing structure that can withstand any and all cyberattacks must be a goal for any enterprise CISO.

Part of making security a priority is discontinuing use of operating systems that are no longer supported. Some parts of the government are still running Windows NT 4.0, a family of Microsoft operating systems, released 20 years ago.

The federal government can’t expect the IT industry to believe the government is serious about IT security when it is begging vendors to continue support for obsolete operating systems with a multitude of known vulnerabilities.

When Microsoft announced the end-of-life for its Windows XP operating system last year, it was reported the U.S. Navy paid Microsoft additional funds to extend support for another year and is almost certain to continue to pay for future support. It is now nine years and counting since Windows XP was replaced by Vista.

Similar to the challenges an enterprise CISO has today, one of the main obstacles to improving security is the federal government salary system. It is not possible to pay a network administrator or a programmer a competitive salary on civil service scales, so technical experts are typically hired as contractors at a 200 percent markup.

According to Edward Snowden’s employer, Booz Allen Hamilton, he was paid $122,000 a year. That means Snowden, at age 29, would have been at grade 15, the very top of the civil service pay scale for the Washington, D.C., area. The highest grade at which an agency could recruit someone like Snowden would be grade 12, starting with a salary of just $75,000.

We don’t know how much the National Security Agency paid for his services, of course. But a typical consulting rate for government work with a security clearance would be $1,500 per day or $360,000 for a 48-week year.

The private sector has its own idiosyncrasies, but the needs are the same—if on a different scale. Enterprise CISOs are answerable to CEOs for the cost-effectiveness of the security system they choose, as well as its effectiveness.

In the current climate of ever-present threat, however, effectiveness may trump cost, given the possible costs of a massive breach. Costs incurred are not only tangible but also far-reaching, when consumer confidence becomes an issue.

Congress will squeal as beltway contractors are major donors to both parties. But the only way to get a handle on federal IT security and IT cost overruns is to bring core IT functions in-house and pay the staff directly. Contractors will still be needed to develop new systems. But the contracts awarded should be broken down into small parts whose success or failure can be objectively measured rather than block contracts of $100 million or more.

In each and every one of the high-profile IT breaches that have affected the federal government in the past five years, technology was available that could have prevented the breach, just as enterprise CISOs have the ability to prevent the all too prevalent malware and ransomware attacks.

Perhaps the most important discovery following the Snowden breach at NSA is the agency charged with protecting U.S. government cybersecurity was unable to protect itself. Why did a 29-year-old contract employee have access to a file server holding unencrypted files describing the most secret NSA activities? There were preventative measures available.

The principal problem with the vast majority of enterprise software systems is they are too hard to use. And why make them any other way? Usability engineering costs time and money, and in the enterprise space, the person who makes the buying decision is almost never the person who has to use it.

Enterprise security applications tend to be particularly bad, because what is required is not an application that can be used securely, but one that allows all the right security standards boxes to be ticked. And ticking boxes does not guarantee interoperability.

As one person complained to me: “Yes, the product ticks both the boxes. But the product doesn’t support both at the same time, not unless the customer pays extra.”

The federal IT security crisis can only begin to be reined in when vendors start to deliver application software secure by default and as easy-to-use in its secure state as when the security is switched off. As with any enterprise security solution, at the federal level and in the private sector, dependability and adaptability are vitally important.

If a CISO can tailor a system to meet the particular needs of the organization and feel confident in its efficacy, the results can justify the costs.

NEXT STORY: Why Defense Contractors Should Embrace Insider Threat Requirements