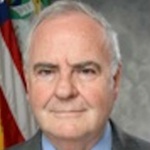 The legislation requires the Treasury Department to undertake one of its most ambitious management and technological transformations yet.

As fiscal assistant secretary of the Treasury Department until last year, I learned firsthand how challenging it is for the U.S. government -- one of the largest, most complex organizations the world has ever known -- to achieve major transformations.

But I also saw the benefits such change can bring to our government when fully adopted.

For instance, at Treasury we replaced over 30 separate payment-processing systems with a standardized system that manages more than 1 billion payments every year. That standardization was hard to achieve, involving many agencies besides Treasury. It took years, but it saved money and greatly improved the automated controls to ensure these important payments are made accurately and on time.

The unanimous passage of the Digital Accountability and Transparency Act last year requires the Treasury Department to undertake one of its most ambitious management and technological transformations yet: Treasury and the Office of Management and Budget must work together to adopt governmentwide data standards for all federal spending information, transforming federal spending into open data.

The DATA Act calls for Treasury and OMB to announce the new data standards by May 9, 2015. After that, agencies have two years to start reporting their financial, payment, budget, grant and contract information using the data standards.

Data standards will make federal spending information much easier to search, manage and automate. Data standards will benefit taxpayers, government leaders, and the grantees and contractors who must report on how they use federal funds -- but achieving those benefits will take strong leadership from Treasury and OMB.

First, it is important for Treasury and OMB to adopt nonproprietary data standards for federal spending information. The DATA Act specifically calls for nonproprietary standards. That requirement calls into question the use of the DUNS number, currently used to identify federal contractors. The DUNS number is owned by Dun & Bradstreet, itself a private contractor.

Today, citizens, federal agencies and other interested parties cannot use data about federal contractors without paying a fee. If the DATA Act doesn’t provide federal spending data freely available for everyone to use and reuse, its goals simply cannot be realized. So unless there is a significant change in the approach to sharing data and the pricing model for the DUNS number, an alternative needs to be found and implemented over time.

Second, Treasury and OMB are encouraged to continue their efforts to bring together all the groups interested in federal spending information. Treasury and OMB have created a structure to obtain input from other federal agencies. In addition many private sector organizations are just now understanding the potential benefits of the DATA Act and are seeking to provide input in its implementation.

Such organizations as the Association of Government Accountants, NASACT and ACT-IAC are very interested in sharing their views with the government. Having been in Treasury for many years, I understand the pressures of implementing such a comprehensive change in how the government conducts its business and the need to obtain input from numerous sources while still meeting the timeframes of the DATA Act.

Nevertheless, I would encourage to the extent possible Treasury and OMB to continue to have open town hall meetings and participate in conferences to share information and obtain various views on the DATA Act.

3. All Agencies Need the Same Standards -- No Special Exceptions

Third, it is extremely important for Treasury and OMB to make the strategic decisions on the DATA Act and apply them across all sectors of the government. The goals of the DATA Act cannot be achieved if some agencies get approval for their own standards or reporting methodology. Reports on spending by program, for example, will only work if all spending for that program can be tied or linked together in an easy and transparent manner.

While agencies appear to be generally supportive of the DATA Act, it seems likely some will believe their current approach works just fine and that they should have the option to continue using it. It seems likely a phased approach for implementation will be required. During that time, some “one-off” reporting methodologies may be acceptable.

However, in my view, Treasury and OMB need to make clear that when fully implemented, the DATA Act principles and standards will be consistently applied across government and all agencies need to be working toward that goal.

Although I have now retired from the federal government, I remain eager to see it embrace the transformation in management and the use of technology that can help it better serve all stakeholders. To pursue this goal, I have joined the board of advisers of the Data Transparency Coalition. The coalition, which represents over two dozen innovative technology companies, supports the publication of government information as standardized, searchable data. I am also working with the Association of Government Accountants to help with the implementation of the DATA Act.

I know the federal government can achieve this major transformation because I have seen it happen. The DATA Act is a crucial opportunity to bring transformative accountability, new management tools and automated reporting for federal financial reporting. I strongly believe Treasury and OMB’s leadership, with oversight from Congress, is equal to the challenge.