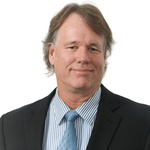 It drew more than a few laughs in Washington. Not long after the White House launched its We the People website in 2011, where citizens could write online petitions and get a response if they garnered enough signatures, someone called for construction of a Star Wars-style Death Star.

With laudable humor, the White House dispatched Paul Shawcross, chief of the Science and Space Branch of the Office of Management and Budget, to explain that the administration "does not support blowing up planets."

The incident caused a few chuckles, but it also made a more serious point: Years after politicians and government officials began using Internet surveys and online outreach as tools to engage people, the results overall have been questionable.

While there is no doubt that online advocacy works in campaigns, critics say that many of these government programs are geared simply to perpetuate the feel-good notion that Americans can participate more directly, with few tangible results to argue that they work. Programs that are rigged to provide partisan responses, or to gather donor information, have raised more questions still.

"It's messy," said J.H. Snider, president of iSolon.org and a nonresidential lab fellow at Harvard University's Edmond J. Safra Center for Ethics. "What the actual balance is between top-down and bottom-up motivations only time will tell."

In June, House Majority Leader Eric Cantor, R-Va., announced the launch of Cosponsor.gov, an expansion of the House GOP's earlier Citizen Cosponsor Project. The idea is that Americans can show lawmakers which bills they most support and track the progress of the legislation. There are now almost 3,500 bills sponsored by Republicans and Democrats to choose from.

"We are listening," Cantor declared in a statement June 4 that announced the project.

And so, citizens have been clicking away, letting their online voices be heard through a Facebook app. So far, bills to repeal the Affordable Care Act or to tighten border security—both major priorities of House Republicans—have not emerged as the most popular (though they do make the top 10).

But does that mean House Republicans will soon be taking action to dissolve the IRS and make Puerto Rico a state? "Not necessarily," Cantor spokesman Douglas Heye said in an e-mail.

"Majority Leader Cantor strongly believes that open legislative data and more direct participation leads to more knowledge on the issues we face and, ultimately, better government," Heye said. "That's why he has championed innovations such as Cosponsor.gov."

Some programs do draw large numbers of participants—and all the problems that come with it. When it began, the White House's We the People site required 25,000 signatures within 30 days to get a response from the administration. That threshold was increased to 100,000, on the heels of a bombardment of petitions, including ones for the Death Star effort.

Topics of petitions have run from the serious to the ridiculous. For example, earlier this month the White House rejected a petition idea that called for establishing a "Gun Free Zone" around the president, vice president, and their families, which would mean no armed security. The petition was seen as the product of an organized effort by gun-rights advocates, angered by the president's gun-control efforts following the Newtown, Conn., shootings.

Independent of the White House, another website, whpetitions.info, is now providing numbers and details about the total petitions submitted to We the People; the number of those that have received enough signatures for a response; and which of those still have not received responses.

The site—which claims to be "Helping the White House Keep its Promise"—shows that 232 petitions have met the signature threshold, but that the White House has not responded to 30 of those. The average waiting time so far for those 30 unanswered petitions: 244 days, according to the site.

Among those petitions are calls for the pardoning of fugitive Edward Snowden; that standards for gluten-free labeling be finalized; that several U.S. prosecutors be fired; and that Tesla be allowed to sell directly to consumers in all 50 states. Some of these petitions appear to be driven by orchestrated signature efforts outside of the United States, which might explain why they've been unanswered. For example, one petition calls for the administration to try to persuade South Korea to accept a Japanese proposal on territorial disputes.

Of course, programs like We the People do draw thousands into the process. The website "has undoubtedly helped mobilize the un-mobilized," Snider said, "which I generally consider something that strengthens democracy." Congress too has had some success.

Even before House Republicans won their majority in 2010, their Pledge to America was preceded by an online program called America Speaking Out, which was headed by Rep. Kevin McCarthy of California, then the chief Republican deputy whip. Nearly 16,000 policy ideas were posted on the website and roughly 1 million votes were cast.

"America Speaking Out provided the framework to our Pledge to America, which still to this day guides our Republican Majority," said McCarthy, now the majority whip, through his office.

But skepticism over the value of these programs—and their genuineness—remains strong. Peter Levine, a professor at Tufts University's Jonathan M. Tisch College of Citizenship and Public Service, said programs like online petitioning and citizen cosponsoring do not necessarily produce a real, representative voice for the people.

It can be "pretty easy to overwhelm these efforts with deliberate strategic action," he said, noting that similar petitioning efforts in the European Union often find marijuana legalization as the most popular measure.

"These efforts are akin to the endless solicitations political parties send out to potential contributors that first ask them to fill out a survey and then ask them for money," he said. "Do they really pay much attention to the survey part? Probably not. But they sure pay a lot of attention to how the survey generates contributions."

This article appears in the Aug. 21, 2013, edition of National Journal Daily.

NEXT STORY: The Crowd May Have Answers, but Agencies Must Define the Problem