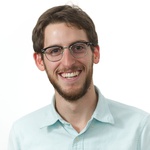 It didn't take long for The New York Times report to take off Monday night.

Here's a new strike against President Obama's claim that his administration is the "most transparent administration in history": Hillary Clinton did not have a government email while she was secretary of State, The New York Times reported Monday night, and conducted all of her official work over a personal email account. This is despite federal requirements that government officials use government email accounts so their work correspondence can be recorded and preserved.

"It is very difficult to conceive of a scenario—short of nuclear winter—where an agency would be justified in allowing its Cabinet-level head officer to solely use a private email communications channel for the conduct of government business," a former National Archives and Records Administration official told The Times.

Put the email messages aside for a second. Even if there is nothing of substance in the emails that Clinton sent while serving as secretary from her personal account, the root of the Times report is very tricky for her going forward: Clinton and her aides—who almost certainly knew full well the political implications of conducting official business over a personal address because of a Bush administration scandal just before she was sworn in—decided to deemphasize transparency. That alone is going to be catnip for her political opponents as she gears up for a White House run.

And it's starting Monday night.

Transparency matters. Unclassified @HillaryClinton emails should be released. You can see mine, here. http://t.co/wZbtwd8O2j

Bush, as he notes, released hundreds of thousands of emails last month from his two terms as governor of Florida as a show of transparency. That, however, didn't go off without a hitch: The emails included personal information about some constituents, including Social Security numbers.

A Republican National Committee spokesman made similar comments, telling MSNBC, "It all begs the question: What was Hillary Clinton trying to hide?"

This story alone isn't likely to radically change Clinton's political future. It's still very early in the 2016 campaign, and she isn't even officially running yet. But as far as the story backs up previously conceived ideas about the Clintons' level of transparency and, more specifically, about Hillary Clinton's insularity, it could give her opponents some pretty potent ammunition.