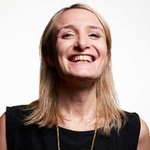 This happened without notice from the administration.

American citizens can get daily updates on the government directly from the White House’s “1600 Daily” newsletter, which was launched in March 2017. The newsletter shares daily updates from the White House, together with a feed of positive news about Donald Trump’s administration (primarily from conservative outlets supportive of the government, such as Breitbart or the Washington Times.) Plus there’s an occasional satirical item (it once shared an article making fun of the president’s policies, which was presumably an accident.)

The past issues of the newsletters used to be accessible online, but those pages have been taken down in connection with a White House site redesign in December 2017, according to a report from the Web Integrity Project of the Sunlight Foundation, a bipartisan organization focused on government accountability and transparency, released Thursday, Sept. 13.

WIP co-director Toly Rinberg told Quartz that his team actively monitors 30,000 pages of federal websites for changes, periodically looking at information that has been removed or altered. The White House website underwent an overhaul, the report found (though it didn’t analyze the full scope of the changes), including removing the old editions of the daily newsletter, which were previously archived under their own URL. The removed posts are still available on Wayback Machine’s archive, though the original links have been leading to an error 404 page until Sept. 12, when they were redirected to the current issue of the newsletter.

This happened without notice from the administration, which Rinberg and WIP say appears to be a violation of the Paperwork Reduction Act, and the White House’s own guidances, which require the government to “provide adequate notice when initiating, substantially modifying, or terminating significant information dissemination products.”

According to WIP, the newsletter archive is to be considered “significant information,” though the White House’s guidelines don’t provide details on how to determine whether something fits the description, nor practical enforcement guidelines in case relevant material is removed.

The White House hasn’t yet responded to Quartz’s request for comment, but it did to WIP’s, acknowledging the archive removal. Lindsay Walters, the White House deputy press secretary, said to WIP that ”1600 Daily is an email newsletter, meant to be read in the inbox. It is optimized for mobile devices and for viewing across email service providers.” However, the WIP report notes, this is inconsistent with the White House tweeting out the link to the web version of the newsletter every day, which typically gets thousands of likes and retweets.

The newsletter archive isn’t the only material to have been taken down from federal sites. WIP’s previous reviews found many instances, including sections of the Environmental Protection Agency site and documentation related to the Affordable Care Act.

NEXT STORY: The Most Effective To-Do Lists Account for Interruptions