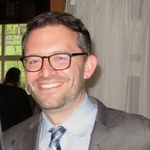 The H7N9 virus is disproportionately affecting older men as it spreads in China.

The H7N9 virus is disproportionately affecting older men as it spreads in China, the World Health Organization said in a bulletin on Monday, for reasons that are not immediately clear.

Between March 31 and April 16, when the WHO researchers were crunching the numbers, there were 63 reported cases of the new bird flu strain, with a median age of 64 years and with men making up 71% of cases. Although the 22% fatality rate in all males was similar to females, the rate of deaths in older men was 20%, compared to no deaths in older females.

That demographic breakdown, while based on an early assessment with a small sample size, stands in contrast to the previous H5N1 influenza outbreak in China, in which most patients were working-age adults, with no disparity in gender. China as a whole has a mostly working-age population, and elderly women outnumber elderly men.

The researchers said the answer could lie in different levels of exposure due to “gender-associated practices and norms,” differences in the way men and women of different ages respond to the virus, or different health-care seeking behaviors, leading to a bias in the way the cases have been reported.