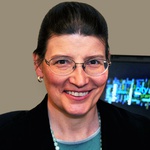 The Golden State has been an early adopter of cloud.

It’s time for government to head for the clouds.

The public sector at every level continues to struggle with financial stress. Compounding the issue is aging technology infrastructure.

But there are answers up in the clouds.

No state struggles with the complexities of state and local government more than California.

The nation’s most populous state has one of the world’s largest economies, nearly 500 cities and literally thousands of state and local government agencies. Governing California is mind-numbingly complex, with a full array of social, economic, institutional and political variables.

In a recent survey of California cities by the IBM Center for the Business of Government, 55 percent of respondents agreed the state’s aging infrastructure is an area of fiscal stress where costs could be reduced.

Neglect Aging IT Systems at Your Peril

It’s time to stop dreaming about what used to be and to get our heads into the clouds.”

One primary issue is that information used for decision-making sits in siloed databases developed by various government departments for different purposes over many years.

For instance, in some cases, county assessor real-estate data isn’t accessible by the city’s fire-inspection services. The state‘s database of highways to be resurfaced isn’t linked to the water district’s database of crumbling pipes that need repair. Meanwhile, the arcane systems used to store all of this data makes it difficult – and often impossible – for the public to access the information.

A new business model is required as the public sector seeks a better, more cost-effective way to deliver citizen services.

Shared IT infrastructure through cloud computing frees government to focus on delivering value to the public without the cost burden of proprietary IT infrastructure, while expanding access to government data and services. Making these resources accessible across jurisdictions can spur big improvements in both services and public perception of government.

The emergence of government clouds and the promise of cloud computing to transform public sector IT is becoming a reality.

California has been an early mover to adopt cloud computing for government functions. We are starting to see the bold leadership needed to bring a cloud strategy to life. The state’s government has begun implementing a cloud-based, smart shared-services strategy called CalCloud that involves sharing resources and information among agencies and with their constituents.

That makes California the first state to implement a cloud strategy at the state level. CalCloud, which is supported by IBM, aims to change the speed at which government can do business. It is a cost-effective, on-demand consumption model that minimizes upfront capital investment and contains financial risk. Agencies and municipalities statewide will be able to get cloud-based services up and running faster and more efficiently.

Sharing data and IT services among departments and across jurisdictions should come naturally to governments – and secure open cloud solutions are the right platform for that to happen. Already, according to market research firm IDC, 15-20 percent of U.S. cities are looking to invest in cloud services; the potential for both cost reduction and improved services is vast.

The bottom line: At a time of shrinking municipal budgets, investments in technology can make existing infrastructure work better for citizens and government leaders alike. It’s time to stop dreaming about what used to be and to get our heads into the clouds.