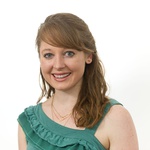 Telemedicine is transforming health-care for Americans. But the system still needs work.

When it comes to rural health care, broadband is a matter of life or death.

Rural residents seek services from primary care doctors and emergency rooms, which works if the patient doesn't have a chronic or life-threatening condition. But when they do, rural patients don't always have access to the most comprehensive care. Medical specialists practice in cities, leaving rural doctors to weigh the choice between sending a patient away for treatment—costing both the patient and practice—or keeping them in house, where they risk patient outcomes but keep the paycheck.

Access to health services was an obstacle in rural Colorado, until 2008 when the Colorado Telehealth Network was formed. Rural facilities could transmit x-ray results and other diagnostic tests to larger providers in a matter of minutes, and treatment recommendations from experts located in urban centers could be carried out remotely. Today, 201 facilities are connected to the broadband network that extends across Colorado's 104,000 square miles.

But access to care doesn't improve population health overnight—especially for rural populations where one in four people remain uninsured. The next frontier for improving rural patients' access to health services is mobile applications.

"There's a certain glamour about this new technology," said Ed Bostick, CTN's executive director. "But there's also pushback that it is just one more thing for people to digest."

As smartphones become a way of life, America is on the cusp of turning telemedicine and mobile technology into daily health practice.

"I think we could see tremendous growth in the next five years," said Murray Aitken, executive director of the IMS Institute for Healthcare Informatics, which provides policy makers with insight into the health care industry.

There are challenges, however, that keep technological advances in health care from entering mainstream practice. Imperfect payment systems, lagging governmental regulations, consumers' privacy and security concerns, saturation of the app market, and a lack of research showing improved health outcomes represent some of the hurdles telemedicine and mobile health apps have yet to overcome.

On iTunes, for example, there are more than 40,000 health apps, but that's fewer than ten percent of all apps in the store. Moreover, roughly 50 percent of health apps have been downloaded fewer than 500 times, which Aitken says signals a lack of awareness about which apps are the best to use.

"Apps can clearly be a very cost-effective means for patients to engage in their health care," Aitken said. "They're helping keep patients out of doctors' offices."

While apps are not a substitute for doctors' visits, providers are confident that integrating apps into health care could reduce doctors visits and help mitigate the doctor shortage that will be exacerbated by the influx of newly insured consumers once the Affordable Care Act takes full effect next year.

"We can see that apps have the ability to capture information about a patient and transmit that data to a doctor remotely," Aitken said.

It's not such an easy choice for doctors, as fewer patient visits mean lower pay. Although laws vary state-by-state, insurance companies are reluctant to reimburse physicians for mobile apps and telemedicine.

"Insurance companies want to see evidence that this is an effective delivery method of health care," said Darrell West, founding director of the Center for Technology Innovation at the Brookings Institution.

In Arkansas, for instance, rural patients seeking gynecological and obstetrics care have benefited from telemedicine, despite the fact that fixes to the payment structure have yet to be made, said Curtis Lowery, chair of the University of Arkansas for Medical Sciences Department of Obstetrics and Gynecology.

"If the patients need to be seen by the university then we'd have them come in," Lowery said. "But fewer than 10 percent ever come to the university."

Roughly 48 percent of Arkansans live in rural areas, according to the university's data. At telemedicine hubs in remote parts of the state, ultrasounds are streamed to UAMS for evaluation.

"Instead of sending a patient away and never coming back," Lowery said, "it's as if a virtual specialist is practicing with you."

That has proven to be one way of removing the pressure of a paycheck from determining a patient's course of treatment. Medicare and Medicaid reimburse for telemedicine, but some private insurers are still holding out.

State licensing boards also haven't caught up with the technology, which creates additional hurdles for doctors who are willing to look at patient-submitted photos and video to make diagnoses.

"The licensing boards exist to ensure the physicians have met the credentials to be providing care," Lowery said. "But in Arkansas, a physician developed an app for people to send photos of skin lesions, and then he'd evaluate and send his diagnosis back to them. What if that's not a quality image? Should he be able to do that or not?"

But consumer demand for the services is there. Especially for rural populations, it is faster and cheaper to diagnose remotely.The unanswered question is whether it improves health outcomes.

There isn't enough research to lay the groundwork for a case that mobile apps and telemedicine improve health outcomes, which is one of the reasons insurers and the app-developing community is reluctant to jump in, Aitken said.

Regardless of health outcomes, mobile apps and telemedicine do improve access to health services for rural Americans. And with one of every five uninsured Americans classified as rural, mobile health technology is the next battleground for opening pathways to care.