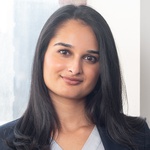 The government does not need to own the intellectual property for every acquisition.

The government is skeptical around intellectual property rights—and understandably so. The threat of being held hostage by a systems integrator that owns the IP is all too real for some agencies. Consider the Pentagon’s embattled attempt to access F-35 data from Lockheed Martin. What started as a request for technical data turned into a full-fledged rights war over rights to the support software.

The outlook that the government needs to own all IP can stop innovation in its tracks because it often discourages emerging technology companies from venturing into the public sector. When federal opportunities include strong IP ownership claims, tech companies risk losing their competitive edge.

Working directly with government customers at Dcode, I hear over and over that rigid IP assertions cause confusion, dampen relationships, and bar tech companies from the federal market.

Why Government Fights to Own IP

Decades ago, when the government contracted with massive vendors and did not have IP assertions, agencies found themselves at the mercy of the tech companies and often ended up locked in with a single vendor for maintenance and future work. Not only was the government beholden to these contractors, but vendor lock made integration between systems, whose data was owned by competing vendors, nearly impossible, stifling competition.

Vendor lock still poses a risk to the operability of systems in the future. Traditional contractors built legacy systems in code that may never have been updated. Sometimes agencies have attempted to modify code only to discover they do not own the IP rights, and the only company with access is the one that implemented those systems.

Vendor lock has led to countless headaches in government. The understanding of software, IP, and the policy surrounding it did not advance as quickly as the tech agencies were procuring. The gap led to questions, confusion, and ultimately, a fear of the unknown. Rather than wallow in the gray area of shared IP ownership, government pushed for a black and white solution: to aggressively pursue IP rights in an all-or-nothing approach.

IP is Everything to Private Tech

The government used to lead the way in research and development, and technological advancement but that is no longer the case. To stay competitive, government agencies have realized they need to work with nontraditional vendors (i.e. private-sector tech companies with solutions that are ready for use today).

A commercial tech company’s most valuable asset is its IP, not the billable rates for providing a service that has been standard for many government suppliers. Private product companies specialize in developing and advancing the technology that powers their products. In some cases, protecting the rights to IP is essential to receive venture capital and maintaining a competitive advantage.

If the government wants to work with these nontraditional vendors, it is going to have to shift its stance on owning the IP.

Where does procurement go wrong?

In addition to re-evaluating its approach to IP, federal agencies should consider whether the all-or-nothing requirements in solicitations even apply to nontraditional vendors.

The failure or inability to tailor acquisition packages for each procurement complicates the IP issue further, as they often include IP language that has been copied verbatim from previous acquisition packages, regardless of whether it’s relevant to nontraditional vendors. Solicitations with IP requirements tailored to massive legacy contractors can deter today’s emerging tech companies from even applying for an opportunity to work with the U.S. government.

Meeting in the Middle

Agencies should break down some barriers. Instead of making IP assertions a dealbreaker, make them a conversation. The companies we work with at Dcode want the government to understand their perspective and ask mainly for the opportunity to negotiate. If the government makes clear that there is room for negotiation on IP ownership, tech companies may be less hesitant about future federal opportunities.

Negotiating IP ownership will diffuse vendor lock in the future, too, because having these conversations at the beginning of the process will preclude sticky situations, where one party has IP assertions and the other ends up in a chokehold.

IP assertions should be tailored to the opportunity and type of product. Taking the time to carefully word the language only to what is relevant and required for an emerging tech company will save resources and pain during the procurement process.

When it comes to bringing emerging tech into government, neither the government nor the tech companies need to worry as much about being held hostage or having IP stolen by the other. The wariness is not unfounded, but with minor tweaks to the procurement process and an open line of communication regarding IP ownership, emerging tech companies and the government should be able to put these fears behind them and work together effectively to improve the way government operates.

NEXT STORY: Can Hiding Likes Make Facebook Fairer and Rein in Fake News?