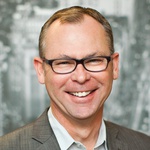 A leader in the still-maturing field predicts significant innovation in the coming year.

2013, arguably the most vibrant year in the history of open data, paved the way for even bigger achievements in 2014. As open data transitioned from a social movement to a quickly growing global market, developers seized on the newly-available data to create software applications that improve people’s lives. In the coming year, we can expect to see much more innovation.

Open Data as a Market

Open data has emerged as a way to fuel innovation and create new businesses. McKinsey published a white paper near the end of 2013 suggesting the economic impact of open data is between $3 trillion and $5 trillion across the globe, per year. Businesses built on open data emerged, such as CivicInsight. Enterprise software companies, like Microsoft, introduced new offerings focused on open data. And mergers and acquisitions began to occur in the still-young world of open data. For example, ClimateCorp, a company centered on open data, was acquired for $930 million.

How can open data fuel more commerce in 2014? Leaders in the open data movement must focus on creating new apps and increasing the types of data available worldwide.

Governments will demonstrate new open data maturity in 2014. They will go beyond just making data available and will work to understand their audiences, taking advantage of technologies to reach those audiences better.

For example, we’ll see more robust and flexible APIs made for developers and entrepreneurs; more comprehensive data analysis tools for researchers, journalists, and scientists; and more types of Web and mobile apps for citizens.

The processes for gathering data will also be streamlined, allowing more data to flow automatically from its source to the public, the instant it is created.

2014 will also include improvements in how federal officials relate to new technologies. This evolution goes beyond open data and involves adopting cloud computing, innovative vendors, the open source community, and lean methodologies. The federal government needs help from these groups to modernize its systems, especially in light of the technological struggles of the HealthCare.gov website in 2013.

Extending beyond Washington, we’ll see cities emerge as leaders of open government and open data innovation. Standouts like New York, with its Digital Roadmap created under the visionary leadership of former Mayor Michael Bloomberg, and Chicago, with its strong culture of weekly civic hackathons and app production, will lead the way. Counties, states, cities of all sizes, and central and national governments will follow these cutting-edge examples.

Open data will also continue to advance globally in 2014. Many international government organizations, particularly in the U.K., the Lombardia region in Italy, and countries in Scandinavia, are well on their way to mature open data programs.

Finally, one of the most powerful developments in 2014 will be the widespread realization that continuous delivery of open data can help governments measure their effectiveness as they address social issues like crime, teenage pregnancy, poverty, and high school graduation rates.

Based upon the success of programs in Maryland, Massachusetts, Kansas, Washington, and other cities and states, the idea of basing government performance measurement on open data will go mainstream in 2014. This shift will help government decision-making transition from an instinct-driven approach to a data-driven one.

History in the Making

A revolution is underway. It is being lead by the technology community, good governance advocates, business leaders, academia, and citizens around the globe. Open data is getting closer to improving almost every aspect of our lives. I look forward to watching this revolution grow in 2014.

Kevin Merritt is the CEO and founder of Socrata, a cloud software company.

NEXT STORY: Thanksgiving Turkey With All the Digital Stuffing