Automation Nation: Accelerating Agility in Government with AI
Skip to Content
Get the latest federal technology news delivered to your inbox. 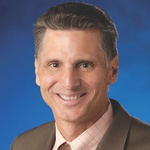 As individuals and groups become more dependent on social media for communication, it’s not surprising that law enforcement agencies are finding the information obtained from social networking sites increasingly valuable.

To some, the stream of data gleaned through social media analytics is on par with human intelligence or signals intelligence.

The reason is simple: Social media sites have experienced exponential growth in recent years. Facebook, for example, registered approximately 350 million users worldwide in 2010; by 2013 the number jumped to over 1 billion. YouTube, a popular video-sharing site, has over 4 billion views worldwide per day. Twitter grew from 75 million registered users in 2010 to approximately 500 million users in 2013.

It is only logical that law enforcement agencies have been combing these sites to intercept information about criminals’ whereabouts, activities and assets. Useful information is available from platforms like Facebook, Tumblr, bulletin boards, user groups, and even Craigslist can provide useful insights.

Over the last 25 years, my interest has been countering financial crimes -- particularly money laundering and terrorism financing. I have heard advanced analytics described as the “art of the possible.” Could social media -- or “socint” -- combined with exciting new developments in analytics be a valuable new source of information to help combat illicit finance?

Before we explore the possibilities, there are a few caveats. This topic is so new that examples, at least in the public domain, are not available. Another issue is the range of internal government agency and departmental permissions and legal restrictions that govern the use of social media at the federal, state, and local levels. There are significant privacy and profiling concerns. And finally, social media data and analytics should only be considered as one more investigative technique or tool. It is not the silver bullet solution many seek.

In reactive investigations, the violation has already occurred. For example, an informant tells a criminal investigator that Subject X is trafficking narcotics in the local community. To launder the proceeds, Subject X establishes the ABC Front Company.

After receiving the allegations, one of the first things the criminal investigator is going to do is check various data bases to see if there is any information about Subject X or the ABC Company. The investigator might check appropriate law enforcement, financial, and commercial databases for additional information. The data may indicate Subject X has a prior criminal record. Or maybe the investigator discovers information that casts doubt on the source.

Checking social media postings and profiles could be a useful next step. Sometimes a suspect posts information boasting of a new car purchase or discussing details of planned foreign travel. Law enforcement can also use social media to help identify a criminal’s networks, friends, and associates.

In proactive analysis, a violation of law has not occurred but the criminal investigator is preemptively searching for potential violations. For example, years ago I was based in the U.S. embassy in Rome. I worked with Italian law enforcement colleagues combating Italian-American organized crime by examining the flow of money between Italy and the United States. By identifying anomalies in the data and cross-referencing the individuals involved with law enforcement records, we often would spot subjects associated with the mafia. We did not know if criminal activity was occurring, but proactively we identified likely targets for further inquiries both in Italy and the United States.

Criminal investigators could use advanced social media analytics the same way. By focusing on financial keyword or taxonomy searches and cross-referencing suspect or egregious references with appropriate databases, likely targets of investigation could be identified.

Transient social media content can be a valuable information asset. Analysts are able to continuously monitor, capture and integrate online and social conversation data. Social media could allow financial crimes investigators to proactively identify new topics and content categories, and determine their relevance to current topics and individuals of concern.

Strategic financial analysis focuses on the big picture hoping to identify patterns, methods, and trends. For example, a few years ago, the Islamic Army in Iraq appealed to sympathizers via both traditional means and social media sites to solicit donations by using a new regional online payment provider. Officials can use this type of social media driven intelligence to gain insight, investigate, construct countermeasures, and refocus resources.  By warehousing the data long enough, it is possible to spot new developments and change analysis over time.

Reactive, proactive, and strategic analysis holds promise. Yet potentially the most exciting breakthrough is that, for the first time, socint offers financial crimes analysts and investigators access to contemporaneous information. This could offer an entirely new level of insight.

By monitoring unstructured social media, such as tweets, status updates, and blog posts, valuable insights can be gleaned. Commercial enterprises do this now to gauge the intentions of their customers, suppliers, partners, employees, and competitors. Law enforcement and intelligence officers concerned with threat finance could use the same techniques. Socint has the potential to be a game-changer.