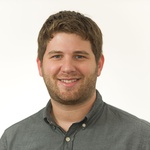 Old computers are much more vulnerable.

Over the weekend, Microsoft announced a huge security flaw in its Internet Explorer Web browser (in versions IE6 through IE11). "An attacker who successfully exploited this vulnerability could gain the same user rights as the current user," Microsoft wrote in its advisory.

In response, the Homeland Security Department issued its own memo, advising computer users within the federal government to "consider employing an alternative Web browser," seeing that the vulnerability "could lead to the complete compromise of an affected system," which is not desirable.

A vulnerability like this is especially bad for the U.S. government, which tends to cling to older technology. That's not to say that Internet Explorer is an "old" technology; it's updated regularly. But it is losing market share, as National Journal's Stephanie Stamm demonstrated in the graphic posted below. The browser also causes headaches for developers, because it renders Web pages differently than other browsers do. It also has a history of security glitches. Generally speaking, it's thought to be the Hotmail of Web browsers.

On National Journal's website, for instance, visitors on government computers are more than twice as likely to be using Internet Explorer as our readership overall. Plus, 10 percent of government computers still use the decade-old Windows XP, and because that operating system has been discontinued, Microsoft will not release a patch to fix Internet Explorer on those computers.