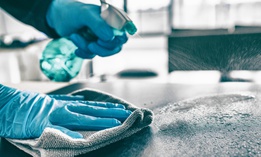 Accelerating Agility in Government with AI
Skip to Content
Get the need-to-know news for current and aspiring technology executives.
Featured eBooks

It could predict impending disease outbreaks.

At the intelligence community's research and development agency, the wisdom of the crowd is often more important than that of experts.

The Intelligence Advanced Research Projects Activity is running several simultaneous research expeditions into how crowdsourced data could be used to predict specific events, including disease outbreaks or riots. Some analyses have surfaced unexpected connections between seemingly unrelated data and the probability of an event occurring, including that, in aggregate, canceled dinner reservations are pretty good predictors of disease outbreaks.

In an Open Source Indicators program, IARPA attempted to predict significant events including disease outbreaks and global instability using publicly available data, IARPA Director Jason Matheny said during a Predictive Analytics World conference in Washington on Tuesday. A Virginia Tech team developed a system that incorporated tens of thousands of data streams—including social media data, router traffic and online reservations—and created a forecast for whether a particular event was likely to occur, "like whether or not there was going to be political instability on the streets of Caracas on Tuesday," Matheny explained.

By the end of a forecasting tournament analyzing data from Latin America, China and parts of Africa, OSI was able to generate a forecast seven days out with about 70 to 85 percent accuracy, he said.

IARPA also has a Cyber Attack Automated Unconventional Sensor Environment project intended to predict when cyberattacks are being planned, pulling data from chatter on hackers forums, web search queries, and changes in the prices of malware on black markets, he said.

So far, forecasting economic instability has been a distinct challenge, Matheny said.

"This is a really, really hard problem because if you could do this accurately, you would then able to outperform Wall Street," he said. "Despite our best efforts, we have not been able to beat Wall Street."

NEXT STORY: The Apps They Carried: Software, Big Data and the Fight for Mosul