Behind the Numbers: Amid Financial Uncertainty, Data Visualization Spurs Economic Recovery
Skip to Content
Get the need-to-know news for current and aspiring technology executives. 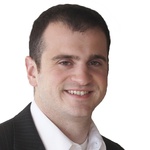 The formula for getting big things done in government according to NIH Director Francis Collins.

From sequencing the human genome to running the largest biomedical research agency in the world, Dr. Francis Collins, Director of the National Institutes of Health, has a record of harnessing complex public institutions to get things done.

In his five years as NIH Director, much of Collins’ agenda has centered on advancing the technology powering lifesaving medical advances. From creating the National Center for Advancing Translational Sciences (NCATS), a new institute dedicated to getting innovative treatments from the lab into the doctor’s office, to leading the BRAIN Initiative, an ambitious $100 million project announced by President Obama to develop new technologies capable of mapping the human brain, Collins rarely lets bureaucracy and red tape stand in the way of delivering on the NIH’s mission—to fight disease and prolong human life.

“Many people really thought we were moving too fast,” Collins said, reflecting on the many hurdles he had to overcome to create NCATS. “I take that as a badge of courage. If you’re in the government and somebody says you’re moving too fast, maybe that’s not a bad thing.”

Looking back on his successes as a federal leader, Collins offered these seven leadership tips to federal managers looking to make a difference:

“I’ve always lived by two maxims when it comes to management,” said Collins. “One is to try and surround yourself with people who are smarter than you . . . The other is to always value people who will give you bad news and tell you when something is going wrong.”

2. Allow people to grow and they’ll surprise you.

“Give [your team] the opportunity to show what they can do,” he said. “Don’t be a micromanager.”

4. Connect everyone to the mission.

“Ideally, get a job for a part of the government that has a noble mission” he advises. “That really helps when all the other things seem to be going the wrong way. You can wake up in the morning and say, ‘I know what I’m doing today really matters.’”

“That will motivate people to get beyond lots of obstacles.”

Public servants should “serve in a fashion that is a calling and not just a job,” said Collins. “If you’ve lost that sense, waking up someday and saying, ‘You know, I could be doing something else [and] where I am right now isn’t really a mission, it’s more of a clock punching experience,’ then move on.”

6. Be realistic about government service.

“Certainly, [public service] is not a way to get rich—we all know that!” Collins laughed. “Being in government is going to have a lot of aspects that are simply just not fun. It can be frustrating. You can look around and see lots of other people having an easier time.”

7. Never forget you have the opportunity to change the world.

“The things you can do in the government can change the world if you know how the system can be organized to work on behalf of the public,” said Collins. “[The potential] is unmatched anywhere.”

“I could not have had the impact on biomedical research in any other job that comes close to this one.”

Read more about Dr. Francis Collins and the NIH in the latest issue of Government Executive.

NEXT STORY: Operations in China Will Soon Be Performed by American Doctors in Texas, Via Robots