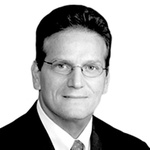 Even after passage of the Data Act, it’s far from clear we’ll end up with the kind of transparency that matters most.

As this Congress draws to a close, pundits labeled it one of the least productive and most dysfunctional of all time.

But it managed to pass the Digital Accountability and Transparency Act, better known by the “nerderatti” as the DATA Act, in an attempt to enlighten taxpayers about the mother lode of federal spending data. But it’s far from clear we’ll end up with the kind of transparency that matters most.

Building on USASpending.gov, which pulls grant and contract data from agency systems and makes it searchable on the Internet, the DATA Act requires the Treasury Department and the Office of Management and Budget to undertake a fairly arduous transformation of spending data from disconnected documents into open, standardized data, and to publish that data online.

Sounds good, right? Just imagine the excitement of panning for data gold on a dot-gov website! But before we start counting our new-found riches, let’s explore further.

Bad data from agencies has been the bane of congressional staff and good government groups since the days of quill pens. The DATA Act tells agencies exactly what they have to do to make data more accessible.

Looking ahead, even once agencies implement the law—at considerable taxpayer expense—there’s a real risk we still won’t have crystal clear insights into federal spending. There’s a difference between data transparency and useful information—a distinction that’s likely to get lost in translation.

So, what should be the goals of transparency? Undoubtedly, we want an accountable government able to open its checkbook for public inspection—and that really is the primary thrust of the DATA Act. But will such data accomplish a higher goal of showing taxpayers what, where, and how (well), why and when their money is spent?

Rather than flooding cyberspace with data, maybe we should be thinking more strategically about how best to provide information to taxpayers.

Government data requires context for it to be clear; spending data in a vacuum does anything but clarify purpose. Does having terabytes of data at our fingertips really help us understand government better? We should be moving to a point where we can show program performance, describe what taxpayers get for their money, and report on accomplishments.

That kind of information facilitates decision-making, enhances engagement and collaboration, moves the government to a more customer-centric focus, and enables the Jeffersonian vision “to see the finances of the Union as clear and intelligible as a merchant’s books.”

Let’s imagine for a moment the types of information a citizen would find most useful.

It’d be great to log onto a website (the MyFedGov.gov domain is available) and immediately have access to government data that matters most. Maybe something akin to an online bank or retailer—where citizens could have immediate, centralized access to their accounts—items such as Social Security retirement info, status of tax refunds, student loans, veterans benefits, natural disaster or civil alerts and anything else of high interest.

Complement that with easy-to-understand reports on a range of topics impacting taxpayers— such as clear assessments of our country’s financial condition—and we’d begin to form the foundation of a more informed citizenry.

All of this takes us to a key question that hasn’t received attention during DATA Act consideration. Should we be doing more to push information to taxpayers rather than focusing solely on having them pull it?

A good example of the limited value of available data is the interactive taxpayer receipt program.

While President Obama deserves kudos for delivering on a State of the Union Address promise to allow American taxpayers to go online and see exactly how their federal tax dollars are spent, the initiative hasn’t reached nearly as many taxpayers as it could.

The original idea for a taxpayer receipt, pioneered by the New York City Independent Budget Office, was to provide a physical validation of taxes paid. An actual receipt pushed to taxpayers—either in paper or email form—along with a breakdown of spending data currently available online, would promote a much better understanding of how tax dollars are spent.

Unfortunately, the effort in its current form misses reaching its potential because taxpayers have to do something to get the information rather than getting it without asking.

Television and radio public service announcements—a key device used to push information to citizens in the past—seem to have gone the way of fax machines.

But living in the Information Age means there’s plenty of information out there if you know where to look. It’s probably a safe bet, though, that only a small share of Americans access websites related to government spending and performance.

Even non-gov sites like WeTheEconomy.com are loaded with interesting videos on how the government works, but it’s unlikely the hit rate is anywhere near the number of people who grew up knowing how a bill becomes a law because of the movie Schoolhouse Rock.

So where do we go from here?

While implementing the DATA Act, the government needs to identify critical pieces of spending information the public wants to know, harmonize current efforts with performance sites, enhance data quality, and focus more on a push mentality.

Hopefully, the DATA Act is just a first step. But much more needs to be done if we’re ever going to clarify precisely how to make the government truly transparent.

NEXT STORY: The Number of Works Licensed Under Creative Commons Will Surpass 1 Billion by 2015