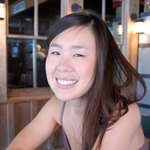 Mainland internet users have been able to freely share commentary and stories about the protests on the app.

HONG KONG—Mainland Chinese readers may have found one way around China’s tight grip over news and information about the pro-democracy protests that have swept Hong Kong for the last three weeks— a California-based app best known for its personal to-do lists, clipping web-pages, and sharing notes between coworkers.

Words including “umbrella” and “support students” have been blocked in the microblog Weibo and Hong Kong users of the messaging app WeChat are finding that their photos and links to articles on the protests aren’t reaching their friends across the border. Meanwhile on Evernote, a cloud-based note-taking and archiving app that is popular among students and young professionals in China, mainland internet users have been able to freely share commentary and stories about the protests.

Internet users in China are circulating news on the protests by copying and pasting articles into notes that can be shared as webpages or put into “notebooks” that users can subscribe to. Two Chinese journalists in Hong Kong tell Quartz that their stories on the protests can be accessed via Evernote on the mainland and that links to notes containing news stories on the protests can then be shared on WeChat. “[The censorship] is very serious. Evernote can be used, but articles directly posted in WeChat public accounts will be immediately deleted,” said one mainland journalist, who asked not to be named. Evernote did not respond to Quartz’s requests for comment.

Thus, mainland readers have been able to see articles such as this editorial (link in Chinese) from on.cc, a Hong Kong news site, lambasting Chinese censorship for effectively brainwashing the country’s youth. Other stories that have circulated via Evernote include an editorial by Zou Sicong, a Chinese journalist and blogger in Hong Kong that describes rule without legitimacy as “ a cancer .”

Social media sites such as Facebook, Twitter, YouTube, and most recently Instagram have been blocked in China in large part because Chinese regulators don’t have control over their content. Evernote has said that its Chinese version, Yinxiang Biji, or “memory notes” is subject to applicable Chinese regulations, stating in 2012 that “users of Yinxiang Biji should be aware that Chinese authorities may have the right to access their data according to current regulations.” But Chinese users can also opt to use Evernote’s international version, which uses servers in the US and has so far avoided the reach of Chinese censors.

That may be because Evernote is not traditionally seen as a platform for sharing news and commentary, as much as serving as a kind of digital workspace. When the start-up first launched Yinxiang Biji in 2012, Chinese internet watchers predicted censorship would not be a problem for the company. “The Chinese government does not operate a real thought police; they don’t care what you think, or what you save on a server if it is accessible only to you,” Jeremy Goldkorn, a Chinese media expert, said at the time .

But that is no longer the only way that people are using Evernote. China Digital Times , a news website that aggregates censored and uncensored Chinese news and is blocked on the mainland, maintains a public Chinese-language Evernote notebook that includes photos and reports of Hong Kong protesters and police clashing , lists of what terms related to the protests are being censored in Chinese social media, and more sensitive news on Chinese dissidents .

NEXT STORY: Your Smartphone Can Detect Ultra-High Energy Cosmic Rays. Here’s Why That Matters