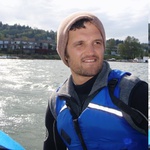 A review of promising paths that engineers and designers are taking to power the mobile Web.

A busy person’s iPhone can chew off more energy in a year than a refrigerator, but that doesn’t mean it needs to belly up to the wall trough every time its battery starts running low.

Wireless power won’t be here tomorrow, but it’s coming. Energy is everywhere, in every action, most of it bleeding away be recycled back into the endless machinations of the universe. Scientists and engineers are moving ever closer to figuring out how to harvest power from our environment, ourselves, and our devices themselves—from nanoscale pillars that could offset a device’s energy use by turning waste heat into electricity, to a spongey cell-phone case that works up a charge by sitting on a vibrating car dashboard.

This isn’t just wireless charging; this is harvesting energy from the world around us. Rather than use acres of solar panels or skyscraping wind turbines, energy harvesting engineers want to power your mobile devices from things like heat differentials, ambient vibrations, and your walk to work. That’s not just an engineering challenge, but also a design challenge. Tapping into the energy of everywhere shouldn’t add friction to the pace of modern life.

A few wireless power harvesters have already made their way to the shelves, but the biggest advances are still being worked out in the lab.

Click here for a Quartz review of some of the promising paths that engineers and designers are taking to power the mobile Web.

NEXT STORY: Facebook’s Drones Could Bring Internet to the Developing World—and Stick it to Mobile Carriers