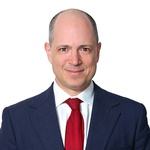 What's needed is to throw out decades-old reliance on government database and watch-list screening in favor of a more technologically evolved process.

Ron Collins is CFO and COO at Exiger, a global regulatory and financial crime, risk and compliance firm.

One of the great, ironic twists of 21st-century democracy is that U.S. banks and other financial institutions now have far more sophisticated screening technology in place to vet their customers than the U.S. government has to screen immigrants moving into the country. It doesn’t need to be this way.

Thanks to the last decade of financial reforms and intense government scrutiny of fraud, money laundering and terror financing in the financial system, U.S. banking institutions have developed smart technology for identifying red flags in their relationships with partners, vendors and customers around the globe.

The push to comply with legal requirements like the Foreign Corrupt Practices Act and Know Your Customer requirements has driven a corresponding leap forward in new screening technology development. With today’s artificial intelligence tools, it is now relatively inexpensive and efficient to cross-reference disparate data sets to identify complex relationships and affiliations that could signal a bad risk.

Despite catalyzing this growth through an onslaught of regulation, however, the U.S. government has not used any of this technology to its own advantage when it comes to another major challenge: immigration screening.

Take, for example, the tragic mass shooting in San Bernardino, California, carried out by Tashfeen Malik, a Pakistani immigrant to the U.S., and her husband Syed Rizwan Farook, an American citizen.

Malik passed three separate background checks by U.S. immigration officials when she moved into the country, but none of them uncovered the jihadist sentiments she had shared via private messages on social media and dating sites prior to immigrating to the U.S.

While the jihadist messages she sent via social media were not public, they were shared among a group of Malik’s friends, indicating close association with people and organizations that would logically warrant closer scrutiny of someone immigrating to the U.S.

The example has been recounted endlessly in stark terms by presidential candidates and security experts alike. Rightly so. If a seemingly obvious terror threat can enter the U.S. through the existing K-1 visa program for spouses, then something’s got to change. Some have gone so far as to suggest a ban on people from specific cultures and religions entering the U.S.  Others have defended the existing visa program as doing the best it can with the resources it has.

What none have recognized is that closing our borders is not the answer, nor is doubling down on our efforts with current screening process. What we need is to throw out our decades-old reliance on government database and watch-list screening in favor of a more technologically evolved process that leverages current technology to scan publicly available data, negative media, and voluntary associations to get a better view of people.

In the example of Ms. Malik, the background screening process she went through consisted of a series of checks of her name against American law enforcement and national security databases. From there, her application was sent to the State Department, which checked her fingerprints against their databases.

Then, when she eventually applied for a green card, she was put through a third round of database and criminal background checks and an in-person interview with an immigration officer. When nothing came up in any of these, she was believed to not be a security risk.

Counter that with the process that many financial institutions currently use to vet potential business partners in foreign countries or conduct due diligence on acquisition targets. In one recent due diligence exercise, a multinational investment bank found over 800 phone numbers associated with a specific individual with a leadership role at a firm they were investigating.

With this initial clue, further investigation found news articles that linked this person to a number of “pump-and-dump” stock schemes. Ultimately, the deal was dropped and the financial firm avoided the potential legal and reputational ramifications that could have come from working with this person and his firm. A criminal database check would have been useless in finding this literal deal breaker.

How is this different than the challenge confronting immigration officials?

From a technological standpoint, it is exactly the same. The biggest difference is the way financial firms currently tackle the problem is rooted in technology that can work with structured and unstructured data to quickly find linkages and associations that would never show up on a standard database check and would be cost and time prohibitive for a human researcher to evaluate. Today, financial firms are leveraging technology that screens real-world relationships and behaviors, not just registered events like arrests and fingerprint history.

U.S. immigration officials need to start thinking differently about the immigrant screening challenge. As a country founded by immigrants, but also one that cares deeply about the safety and security of its citizens, it is not only our civic duty to get this right; it is fundamental to the future of our nation as a global superpower.

To get there, we’re going to have to get beyond screening processes that have not really evolved since the Cold War and start embracing the technology that can help us work faster and smarter.