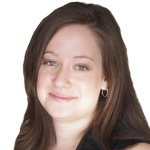 Too few women are going into STEM fields, and that’s hurting everybody.

In October, Defense Secretary Leon Panetta gave a speech at the Intrepid Air and Space Museum in New York where he stated “cyberspace is the new frontier.” Ears really perked when he said that cyber actors have already infiltrated America’s critical infrastructure, including the computers that operate chemical plants, the electric grid, and water facilities. Such collective attacks could result in a cyber Pearl Harbor, he said.

The candor with which government leaders are referring to the cyber threat isn’t surprising. There have been countless memoranda, reports, and speeches detailing the need to bolster the cybersecurity workforce as a result of continued cybersecurity breaches in federal IT systems. In the coming year and beyond, agencies want to hire more cybersecurity professionals to fill this growing need.

But agencies face a big problem – the shortfall of skilled professionals. A recent report by the Homeland Security Department’s cyber skills task force detailed the need for 600 new cybersecurity professionals in the near term who have mission critical skills. Finding these professionals is difficult given that agencies have to compete with government contractors and others in the private sector to hire them. While the DHS cyber skills report largely focused on the need for technical competencies, another report released by the Government Accountability Office in November 2011 found that nearly every agency has experienced difficulty in hiring cyber workers.

Agencies across government will need to train or hire more people with the right skills in the coming year and beyond. To make up for this shortfall, most experts recommend creating a pipeline of applicants by starting early in the primary school grades to get students interested in STEM fields.

But there’s another challenge associated with recruiting skilled workers: Most of those going into STEM fields are men. Only 13 percent of the US cybersecurity professionals are women. Further, the number of women enrolling in computer science degrees is actually decreasing. In 1985, 37 percent of computer science graduates were women; in 2005, women only made up 22 percent. Despite the growing need for cybersecurity professionals, female enrollment in the fields necessary to get into these jobs continues to decrease. In fact, in 2010 only about 18 percent of undergraduates in STEM fields were women.

Women, being about half the population, are a largely untapped resource for cybersecurity recruitment. In a recent study, women claimed they encountered more institutional barriers to entering cybersecurity fields. For example, the largely male-oriented “hacker” culture prevalent in IT can be hard for girls and women to penetrate and leaves them with fewer opportunities for building mentor-mentee relationships. A lack of interest in STEM fields also attributes to low participation numbers. Perhaps attributed to the lack of women in science and math teaching professions, the gap exists in middle school and increases in high school.

Creating a pipeline of cybersecurity applicants will involve more than scholarships and competitions to recruit the professionals the government will need. Addressing the barriers to entry for women would open up a group of potential applicants largely overlooked in the past.

Find more insights and trends that the federal IT community will be facing in 2013 and beyond in a recent study released for the Government Business Council. And visit Nextgov Prime on December 3rd to continue the conversation with leading thinkers, members of Congress and other experts in technology.