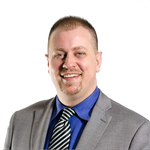 SAN DIEGO — In the span of a few minutes along Fifth Avenue in the Gaslamp Quarter on Wednesday morning, this Route Fiftycorrespondent was nearly mowed down in crosswalks by motorists in a Maserati and a Lexus, who both carelessly blew through red traffic lights while making right turns. To add insult to a near-injury, the Maserati driver did so while nonchalantly chatting on her cellphone. Then on the next block, two people on Lime e-scooters zooming down the sidewalk weaved dangerously around a group of walkers.

It’s a tough time to be a pedestrian in many American cities, where situational awareness is more necessary than ever to be on the lookout for not only dangerous motorists but also dockless e-scooter users who treat their devices as playthings instead of as a carbon-friendly mobility tool.

Just as many U.S. cities have been lowering speed limits on their roadways to improve pedestrian and bicycling safety as part of Vision Zero efforts, local officials in San Diego are considering rules that would force e-scooter companies to lower the maximum speed of their devices in some areas.

On Monday, Mayor Kevin Faulconer and two city council members demonstrated how “geofencing” could be used to slow e-scooter speeds in areas with heavy pedestrian traffic, like along the waterfront Embarcadero, around the San Diego Convention Center and beach boardwalk areas.

"We did a demonstration of the boardwalk and showed with my staff the difference between riding at 8 miles and riding at 15 mph," Councilmember Lori Zapf said, according to KNSD / NBC San Diego. "And just visually you can see that it is a tremendous, tremendous difference and my motive is to keep everyone safe."

Geofencing, as it’s known, is a virtual perimeter surrounding a geographic area. It can be used in many applications, from mobile marketing to in San Diego’s case, managing e-scooters.

Beyond capping speeds in “slowdown” zones, San Diego leaders are weighing other rules for e-scooters, including requiring scooter operators to make rules of the road more clear—including rules against riding on the sidewalk.

The mayor’s proposed rules would also require scooter companies to share information, such as fleet sizes, how often the vehicles are used, where they are used and the number of reported accidents.

Each scooter company would also be required to indemnify the city from liability claims and carry a liability insurance policy.

All this comes as e-scooter safety is facing new legal scrutiny. Last week, a class-action lawsuit was filed in Los Angeles County Superior Court against two of the largest e-scooter operators, Bird and Lime, alleging “gross negligence” on the part of the companies.

“We filed this class-action lawsuit against Bird and Lime and the manufacturers of their electric scooters to address the terrible injuries they have inflicted on their riders and pedestrians, and the continuing harm they are causing,” Santa Monica personal-injury lawyer Catherine Lerer told The Washington Post.

A spokesperson for Lime said, according to the Post: “While we don’t comment on pending litigation, safety has always been at the very core of everything we do at Lime—as is our mission of reducing cars from city streets and making them safer and greener for pedestrians, bike and scooter riders alike,” the spokesperson said. Lime added that the company “prides itself on taking proactive steps relating safety wherever we have a presence."

Just as Lerer’s law firm has a webpage devoted to e-scooters, so does the San Diego-based Sidiropoulous law firm:

With the simplicity of downloading an app to your smartphone and entering your credit card, you are now qualified to scooter around. There are terms and conditions, warnings, legal requirements, and more in the app. These are meant to outline safe operation of the electric scooter and acceptance of these terms are required. It is also the rider's obligation to read and understand how to operate the scooter. Some may say that this process is why electric scooters are deemed an accident waiting to happen.

Route Fifty used a Lime e-scooter on Tuesday afternoon around the San Diego Convention Center and the Embarcadero and it’s easy to see why the city might be looking to a tech solution like geofencing to ensure slower speeds—it’s hard to see the speedometer and also requires riders to take their eyes off the road, which presents its own risks.

Just as motorists have proven for decades, speed limits using the honor system are routinely broken. E-scooter users who choose to be careless aren’t any different. (Bird’s platform also allows people to report bad behavior and illegal parking through its app, allowing the company to take action against users who routinely break the rules.)

While geofencing might be the way to go to ensure safer behavior for e-scooter users, along with additional user education, there isn’t a similar tech solution for lead-footed motorists who put speed and recklessness ahead of safety—at least not yet.

NEXT STORY: Google Is About to Have Even More Control Over the Images You Find on the Internet