Technology for the Next Phase of Pandemic
sponsor content

Technology for the Next Phase of Pandemic
sponsor content 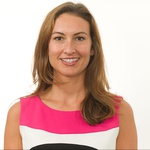 Senators work behind closed doors to lift the opacity of NSA's domestic-surveillance.

By tightening or codifying current practices and adding transparency and accountability measures, the legislation from Chairwoman Dianne Feinstein, D-Calif., and Vice Chairman Saxby Chambliss, R-Ga., is a response to critics who have questioned the NSA's rationale for secretly collecting phone and Internet records of millions of Americans.

The bill they plan to move through the committee protects the NSA's power to conduct sweeping surveillance approved by the Foreign Intelligence Surveillance Court and is unlikely to go anywhere near appeasing reform advocates.

"It seems as though the Intelligence committees are working on bills designed to allow them to say they are advancing reforms without fundamentally changing much of anything," said Julian Sanchez, a research fellow with the libertarian-leaning Cato Institute.

"The legislation is designed to allow bulk collection to continue, to permit Americans to be queried.... It is not in any sort of fundamental way reining in the interpretations of their authority."

Sens. Ron Wyden, D-Ore., Mark Udall, D-Colo., Richard Blumenthal, D-Conn., and Rand Paul, R-Ky., are among those pushing legislation that would go much further by abolishing the NSA's bulk phone and Internet data mining of ordinary Americans. Although Wyden and Udall serve on the Intelligence Committee, their bill is unlikely to be adopted there. That's because the committee is populated by members who generally want to preserve and strengthen the power of the intelligence community, rather than hinder it.

Their best bet may be the Judiciary Committee. Chairman Patrick Leahy, D-Vt., plans to introduce bipartisan bicameral legislation with Rep. Jim Sensenbrenner, R-Wis., as soon as Tuesday that would end bulk collection of Americans' phone and Internet records.

The NSA's surveillance systems are expected to be the subject of wide debate across Capitol Hill this week. The House Intelligence Committee plans to hold a public hearing on the issue Tuesday.

Rep. Adam Schiff, D-Calif., an Intelligence panel member who is pushing three bills to reform NSA surveillance, said he expects some sort of reform bill to advance through the committee soon. But he added that the question is what can be worked out with the Judiciary Committee (which is also expected to produce its own bill) and ultimately advance through the House.

No one fighting this battle can forget that an amendment from Rep. Justin Amash, R‑Mich., to halt the NSA's bulk data collection failed on a vote of 205-217 this summer after heavy lobbying from the White House and intelligence officials.

"It is likely we will get a bill moving through the Intelligence Committee," Schiff said. "The big bottleneck will be when it would otherwise reach the floor—whether there is enough confidence that poison-pill amendments can be kept out of the bill and whether there is enough meeting of the minds between the Judiciary and Intelligence committees."

In the Senate, Leahy is almost certain to face strong push-back from Feinstein, who besides holding the very powerful post as head of the Intelligence Committee is also the No. 2 Democrat on the Judiciary Committee.

Her strategy is clear: assert herself as a leader on the issue with an olive-branch proposal that makes modest reforms while protecting the status quo.

Feinstein and Chambliss were among the first leaders in Congress to defend the NSA's actions earlier this year when revelations about the surveillance programs were thrown into the spotlight by NSA leaker Edward Snowden. The pair argued that the surveillance is vital for infiltrating terrorist networks.

At a hearing on the topic last month, Feinstein made no bones about her motivation for taking on the issue. She called surveillance "lawful," "effective," and "conducted under careful oversight," but said these activities have unfairly suffered a bad rap.

"I believe that the leaks of classified programs and the way that those leaks have been portrayed ... has led to an unfortunate but very real amount of public skepticism and distrust of the intelligence community, and the National Security Agency in particular," she said. "It is clear to me that the public has a misperception that must be corrected."