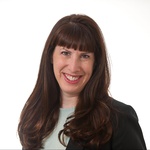 OMAHA, Neb. -- A lapse in funding is potentially delaying by two years the development of a new U.S. nuclear missile, according to budget documents provided to Congress and interviews with defense sources.

The little-noticed spending gap of $28 million -- a minuscule fraction of the Defense Department's annual $500 billion budget -- is for developing and testing new solid-state components seen as essential for guiding the future Ground-Based Strategic Deterrent missiles to their targets.

The Air Force intends to begin replacing today's 450 Minuteman 3 intercontinental ballistic missiles by 2030 with up to 420 of the so-called GBSD weapon systems.

Some military insiders attribute to Air Force infighting the diversion of the $28 million to other uses in fiscal 2014 -- and a service failure to request any such funds in fiscal 2015 -- that would have provided Air Force Research Laboratory-built hardware to three defense contractors for their further development.

Lacking the lab's government-furnished equipment -- which contractors Boeing, General Dynamics and Lockheed Martin have each requested -- none of the three firms is expected to invest its own funds to militarize commercial off-the-shelf solid-state guidance technology used widely today in aircraft and missile systems.

During a major Air Force study effort of what the new GBSD missile should be -- with options ranging from a simple Minuteman 3 look-alike to a brand new design -- the service settled on what it has called a "hybrid" concept. This recommendation emerging from the "analysis of alternatives" -- begun last year and completed in early July -- has been tentatively approved in recent meetings with Defense Secretary Chuck Hagel's office, Nextgov has learned.

The hybrid plan for the Minuteman 3 replacement would involve using some of today's missile features -- its basic design, communications systems and existing launch silos -- while replacing aging  rocket motors and targeting-guidance systems.

While the Air Force awaits formal, written confirmation that its hybrid option can proceed, this missile design also would maintain a possibility for the GBSD weapons to be made mobile. The optional feature could allow the missiles to be removed from their silos and dispersed by rail or truck if a nuclear attack against the United States appeared imminent, increasing their ability to survive, officials said.

Several spoke on condition of not being named to offer candor in addressing sensitive nuclear-arms matters.

Yet one aspect of the high-level thumbs-up -- direction that the GBSD system should feature an uptick in accuracy compared to any of today's U.S. nuclear systems -- already appears to have jumped the rails.

Inclusion of the solid-state guidance system in the Minuteman 3 replacement would allow the United States to hit some of the toughest-to-destroy enemy targets by using just a single warhead rather than a barrage. This is a top-level but rarely discussed U.S. nuclear-weapons objective, supported by both Democratic and Republican administrations, dating back to a Reagan-era interest in precision targeting as a substitute for carpet bombing -- a trend that has emerged more publicly in conventional warfighting.

Today, in the event of a nuclear conflict, a U.S. president may want to go after heavily reinforced underground Russian military-command centers -- an example of high-priority facilities said to be on the Pentagon's top-secret target list. In such a case, warfighters here at the Omaha-based U.S. Strategic Command would have to lob multiple Minuteman 3 land-based missiles or Navy Trident D-5 submarine-based missiles to ensure the target's disabling or destruction.

Speaking to reporters last week at a command-sponsored symposium on nuclear deterrence (the military art of preventing the most undesirable violence from occurring) Adm. Cecil Haney avoided discussing any specific capabilities needed for the new Ground-Based Deterrent System.

As head of U.S. Strategic Command -- the top officer who would carry out any White House order to launch a nuclear weapon -- Haney did say how "absolutely" important it is that the GBSD missile meets his own warfighter requirements, and noted that simply sustaining today's Minuteman 3 capabilities into the future would not be sufficient.

The Air Force analysis of alternatives was "to make sure that we have the requirements we need now and into the future," he said. Augmenting the other two legs of the U.S. nuclear triad -- bomber aircraft and submarines -- the ground-based missile arsenal "really has an impact associated with our deterrence calculus and capabilities," he added.

Yet, some officials at the Air Force Systems Directorate based at Hill Air Force Base, Utah, have suggested as a possible alternative to the more accurate solid state guidance system required to meet longstanding warfighter targeting requirements the use instead of today's Minuteman mechanical guidance components in the future GBSD system.

Units based at Hill perform maintenance and repair on today's Minuteman 3 guidance units, giving officials there what some see as a parochial stake regarding which technology is selected for the future ICBM replacement missiles and their components, including the guidance systems.

Compared to the mechanical guidance instruments found in today's Minuteman 3 missiles, solid state offers longevity, meaning these systems would not have to be repaired anywhere near as often, Air Force briefings suggest. Today's Minuteman 3 guidance systems break down roughly every three years, whereas solid state units are expected to last approximately 20 years without requiring repair or replacement, according to Defense Department data.

Air Force officials and documents also suggest that because solid state inertial measurement units are ubiquitous in commercial aviation and a number of the Pentagon's conventionally armed missile systems, they offer significant cost advantages from the get-go. Even after being militarized for use on a nuclear missile, the solid state technology developed by the Air Force research lab is estimated at $800,000 apiece, compared to a $2.5 million unit cost for old-generation mechanical guidance systems used by today's Minuteman 3.

"Hill Air Force Base ought to be very concerned about the cost profile of . . . replacing the Minuteman 3," said Jeffrey Lewis, a nuclear-arms expert at the James Martin Center for Nonproliferation Studies in Monterey, Calif. "Anything they do that drives that cost up or delays the ability to start those programs I think imperils the whole ICBM force. There will come a point at which people will [say], 'This is really expensive and it's going to take a long time. Maybe we should just not do it and spend the money on the bomber instead.'"

Industry officials are receiving mixed messages from the Air Force about which direction it will take with the GBSD guidance system: proceeding with the stalled effort to begin sled testing in 2016 (had funding continued uninterrupted that testing would have begun last year), versus attempting to include the older Minuteman 3 targeting technology in its hybrid replacement.

Those attending a July 16 briefing by the ICBM System Directorate at Hill Air Force Base on the results of the Air Force analysis of alternatives were told an increase in accuracy would, in fact, be needed in the new GBSD system. To at least some in the business community, that seemed to imply that the solid state technology largely defunded in fiscal 2014 and 2015 would be key.

The Air Force declined a reporter's request for information presented at the "industry day" event. Although prospective defense contractors saw both secret and non-secret slides about how the Air Force anticipates proceeding with the Minuteman 3 replacement effort, "an unclassified version of the written briefing does not exist for release," Lt. Col. Jared Yarrington, who heads Air Force Global Strike Command's ICBM Requirements Division, told Nextgov in a written response to questions.

Despite the service's discussions of the analysis results with industry representatives last month, Yarrington said that pending formal approval of the document by Hagel's office, "all materials are pre-decisional and not releasable at this time."