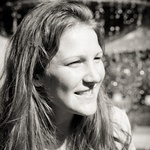 Last week’s news that the U.S. would freeze a landmark nuclear cooperation accord with Russia hardly came as a shock. It was only the latest in a series of ambitious, years-in-the-making initiatives that have collapsed, one by one, in the five months since the Crimea annexation.

And like other recent rifts, this one had potentially galactic implications. The deal, struck last September, also envisioned U.S.-Russia collaboration on “defense from asteroids,” which The New York Times described as “shorthand for a proposal to recycle a city-busting warhead that could be aimed at an incoming earth-destroyer.” The paper made sure to point out that Hollywood had this idea—twice—nearly 15 years ago. But the report that real-life planet-salvation, too, might have fallen through the widening cracks in the U.S.-Russia relationship was startling. Whither asteroid defense?

The real world had been gradually catching up to Bruce Willis and company well before February 2013, when a meteor streaked through the sky over the Russian city of Chelyabinsk before crashing to Earth, blowing out windows and injuring more than a thousand people in the shock wave it released. Asteroid detection had already improved dramatically over the preceding two decades or so. But the Chelyabinsk incident vividly exposed the remaining gaps (a meteoroid is a fragment from a comet or asteroid). The issue's urgency was especially clear for the Russians, who promptly kicked asteroid defense-planning into high gear.

Whatever your thoughts on Armageddon (disclosure: I saw it in the theater, where I wept), it's hard to deny that asteroids, along with nuclear weapons, are one of the gravest threats to human civilization. “It’s like cosmic roulette,” Ed Lu, who runs a nonprofit, the B612 Foundation, dedicated to tracking asteroids, told PBS NOVA last November. Lu is a former astronaut who, along with fellow former astronaut Rusty Schweickart, started the organization in 2002 to come up with solutions for the asteroid threat. Scientists now estimate that they know of about 90 to 95 percent of the big, potentially Earth-destroying ones, measuring roughly 1,000 yards across, that are thought to have killed the dinosaurs, of which current estimates say there are about 1,100. But the rate is not so good for the smaller ones, which can still be the size of a football field and cause enormous damage, and only about a fourth of which have been discovered. Meanwhile scientists have a huge blind spot facing the sun, which is how the Chelyabinsk meteor snuck up on Siberia. “[T]he house always wins. And in this game, we’re not the house,” Lu concluded grimly.

Research has so far yielded three hypothetical ways to save the planet from an asteroid: Push it, pull it, or nuke it. You can push an asteroid off a collision course with Earth with a laser or with an old-fashioned collision—sending a spacecraft to slam into the rock and shove it away. You can pull an asteroid to safer metaphorical ground with a “gravity tractor,” a space vehicle big enough to coax the asteroid into its own gravitational field, gently redirecting the killer rock from our placid shores. Or you can blow it up with a nuclear weapon.

This literal nuclear option, like the figurative ones, is a controversial last resort. The first two methods require extended time horizons of roughly a decade or more to spot the ill-intentioned asteroid, get to it, and change its orbit. Nuclear weapons are a potential backup for when there’s less time, and their use in space, in addition to being illegal under the 1967 Outer Space Treaty, carries a risk of generating a spray of radioactive rocks that might hit Earth anyway. But, wrote Douglas Birch for the Center of Public Integrity last fall, “in recent years, advocates of the use of nuclear weapons to counter space threats have been gaining ground. NASA is spending hundreds of thousands of dollars a year to study the idea, and the U.S. nuclear weapons laboratories are itching to work with the Russians on it.”

That was pre-Crimea, and pre- the rise of "new Cold War" theorizing. Nevertheless, it’s really conditions born of the old Cold War that continue to favor U.S.-Russia cooperation on asteroid defense. When the Cold War ended, both countries were left in possession of the most advanced space programs and the biggest nuclear arsenals in the world. As Birch reports, U.S. and Russian nuclear engineers exhibited a brief flurry of interest in asteroid defense in the 1990s as they tried to figure out what to do with their suddenly less relevant, but still massive, arsenals. But weapons maintenance soon took priority over asteroid defense, and activity on the matter waned.

It was only recently that interest picked up again, and only last year that the UNformally settled on a strategy for international asteroid defense. The plan, developed by the United Nations Scientific and Technical Subcommittee of the Committee on the Peaceful Uses of Outer Space, recommended the establishment of an International Asteroid Warning Network, a global collaboration to track and share information about asteroids, and a Space Mission Planning Advisory Group, SMPAG for short, to come up with strategies for dealing with them. “In the case of a real threat, one that could be acted upon, it would be one or more of the [national] space-faring agencies”—such as NASA or Russia’s Roscosmos—“that would carry out the mission,” Sergio Camacho, who chairs the UN Action Team on Near-Earth Objects, told me in an email. “The expectation is that Russia would join SMPAG (all agencies need to formally join SMPAG). If they don’t, they can always join later.”

Meanwhile, at the national level, Russian announcements about the importance of asteroid defense are still just announcements. “Russian space officials often discuss in public the importance of planetary defense and Russia's skills in this area, but have never allotted their scarce space resources toward actual search programs or spacecraft mission concepts,” says Tom Jones, a former astronaut and chair of the Association of Space Explorers' committee on Near-Earth Objects (NEO), via email. “NASA spends more than any other nation ($40 million annually) on NEO detection and research. Russia spends very little, but is proposing to construct a detection telescope and collaborate with the International Asteroid Warning Network.”

Ultimately, as the UN sets up its asteroid monitoring and defense committees over the coming months, the U.S. and Russia may once again find themselves in a position of “reluctant codependency” in space, given their unique capabilities and shared interests.

"Asteroid impacts will always be with us, and relations between states will ebb and flow forever,” says Rusty Schweickart, chairman emeritus of the B612 Foundation, by email. Given the decade-plus timelines involved in planning and executing missions millions of miles into space, he says, “I suspect that the task of working together to [ensure] a global disaster does not occur will trump ‘minor’ geopolitical (temporary) bad blood.” Russian and American scientists can agree on one thing: When it comes to detecting threats to the planet, they don't want to miss a thing.

NEXT STORY: The Biometric Future of Crossing Borders While Brown