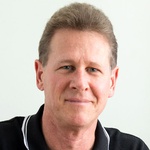 Federal data center consolidation has its share of benefits -- and challenges.

Rick Stevenson is CEO at Opengear.

The United States government, like all of us, is trying to save a little cash and make its day-to-day operations a little more efficient. And while most of us might not run data centers as a part of our daily routines, they are vital to the ongoing (and some would even argue, important) functions of the federal government.

In an effort to cut costs, Washington is consolidating its data centers, and though consolidation is a smart move, data centers – both federal and otherwise – invite specific risks when they are merged. How those risks are managed will ultimately determine the success of the mandate.

Federal data centers have been all over the news recently, mostly because of their involvement in collecting and processing clandestine information that only a select few government officials (and one Ed Snowden) get to be privy to. But on a more banal note, the Senate’s Homeland Security and Governmental Affairs Committee has recently joined the Obama administration in urging federal agencies to consolidate their data centers. This committee just approved a bill that requires federal agencies to report on their consolidation efforts, sparked by an initial goal of engineering $3 billion in savings by 2015 to be realized by closing 40 percent of their existing data centers.

Data center consolidation is, point blank, a good idea. Whether you're concerned about costs, energy usage or environmental impact, all sound reasoning recommends the practice. Fewer data centers mean lower real estate costs, lower energy bills and lower environmental impact. A certifiable trifecta of benefits are there for the taking.

But data center consolidation in the government also has hurdles to overcome.

The Senate committee passed this recent bill because federal agencies have failed to make timely progress toward the government's consolidation goals. One of the main barriers to data center consolidation is that it is logistically a complicated endeavor – and particularly so if multiple, disparate agencies need to comply.

But even after the messy business of merging, consolidated data centers may be exposed to elevated risks.

Multiple data centers that are geographically separated have the advantage of also mitigating security risk. Security risk multiplies with consolidation precisely because it increases the amount of potentially valuable information in one physical location. Though there are often easier ways of accessing the data in data centers virtually rather than physically, this risk must be acknowledged.

Consolidation also puts more pressure on the remaining data centers – which now house a higher percentage of an agency’s critical networking – to avoid the issues, manmade or otherwise, that can cause disruption. Data center threats like power loss, high humidity, high heat and environmental menaces like flooding, earthquake and fire also become relatively a greater danger. With more at stake, accurate and responsive daily maintenance and monitoring becomes even more imperative in avoiding prolonged outages.

The whole point of data center maintenance is to minimize downtime by trying to ensure critical infrastructure doesn’t break down. But failures are inevitable if only because these accidents (and forces of nature) happen. To diminish the ill effects of faults when they inevitably occur, dedicated monitoring systems should be put in place that can diagnose problems and communicate the details in real time. That means systems that can report on power, equipment and network failures despite those power, equipment and network failures, in addition to any number of other issues that might (and let’s face it, probably will) arise.

Monitoring data centers and networks remotely and out-of-band, via cellular or modem connections, speeds up resolution times – potentially reducing latencies that could be downright critical for our government. Remote accessibility also lessens the physical footprint needed at a consolidated data center, an added aid to security precautions.

Fewer data centers mean less redundancy. While redundancy is often a dirty word when thinking about efficiency, it is vital to preserve critical services. At least one backup should exist in a disparate and distant locale in case of major data center failure. Even more redundant sites are valuable for worst-case scenarios, such as widespread natural disasters or multiple faults.

As a result of consolidation, each merged data center is responsible for more and more information and resources, so each individual data center becomes more and more important. As a result, the upkeep of each data center becomes increasingly vital. To ensure worst-case scenarios don't arise, maintenance and monitoring (to check that maintenance has been effective or that new issues have not arisen) are an even more vital component of these data centers. If consolidation is good sense, then better and faster monitoring goes right along with it.

NEXT STORY: Two Explosive Reminders That the US and China Are in a Hypersonic Arms Race