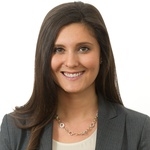 Congress has already directed the FAA to find a safe way for drones to fly for commercial purposes by 2015.

Like it or not, the drones are coming to American skies.

Congress already directed the Federal Aviation Administration to find a safe way for drones to fly for commercial purposes by 2015. Ensuring the skies—already crowded with piloted aircraft—will remain safe is not an easy task for the agency. Now Congress itself has an equally difficult mission: Finding a way to protect Americans’ right to privacy and civil liberties once the unmanned planes are flying overhead.

The Senate Judiciary Committee took its first stab at tackling some of these issues Wednesday, hearing from a range of experts. Michael Toscano, CEO of the Association for Unmanned Vehicle Systems International, appeared alongside an outspoken privacy advocate, a law professor, and a representative from a Colorado sheriff’s office that already uses drones in its operations.

“With the [FAA] estimating as many as 30,000 drones like this operating in the national airspace by the end of this decade, Congress must carefully consider the policy implications of this fast-emerging technology,” Judiciary Committee Chairman Patrick Leahy, D-Vt., said.

“While there may be many valuable uses for this new technology, the use of unmanned aircraft raises serious concerns about the impact on the constitutional and privacy rights of American citizens.”

For instance, ranking member Chuck Grassley, R-Iowa, hailed drones’ potential to benefit agriculture, where they can be used to provide farmers a “bird’s-eye view” to survey crops more quickly. “But no one wants drone technology to end up in the hands of a harassing neighbor, child predator, drug dealer,” Grassley said.

Sen. Dianne Feinstein, D-Calif., had all kinds of questions: “How do you monitor their use? How do you certify the equipment, because all kinds of things can be added? It may not be legal to carry munitions on a drone—but what can be done illegally, and how can the government prevent that from happening? At what altitude can they fly, what kind of facial recognition are they capable of? Can they take pictures of an individual through a window inside their home? Drones are hard to spot for the untrained eye, so your ability to protect yourself is not great.”

Witnesses, for their part, did not present conclusive or unified answers to such questions, showcasing even further the lack of any overarching policy.

Despite their concerns, no senators on the panel questioned the economic potential of drones. Some 10,000 commercial drones—think news outlets and private businesses—are expected to fly by 2017, and all 18,000 state and local law-enforcement agencies are potential customers. Toscano’s group released a study that estimates the unmanned aircraft industry will create more than 70,000 new American jobs in the first three years after the airspace is open to drones.

But that potential boom could be stymied if Congress or the states do not address Americans’ concerns about their civil liberties. In his 13-hour filibuster on the Senate floor to delay the nomination of John Brennan as CIA director, Republican firebrand Rand Paul of Kentucky raised the specter of drones being armed in the U.S. to take out suspected terrorists on American soil. Privacy groups are mobilizing, calling on police to obtain warrants before the drones can be used in investigations.

“We have to make sure we can handle [citizens’ concerns] through the law so that we can [enjoy] the positive uses of this technology,” Sen. Al Franken, D-Minn., said.

But no single federal agency has been designated to deal with privacy matters. “There is disagreement on whether that responsibility should be centralized in one body, and if so, which agency can do it the most effectively to protect American civil liberties or privacy when it comes to unmanned aircraft systems,” Franken said.

Already, some bills have been introduced in the House and Senate to regulate the use of drones. Just this week, Rep. Edward Markey, D-Mass., who is a candidate to fill the Senate seat vacated by Secretary of State John Kerry, introduced legislation to “prevent flying robots from becoming spying robots.”

Not all members, however, were eager for Congress to assume the responsibility. Concerned lawmakers in 30 states are trying to regulate the use of drones for surveillance for fear they will spy on Americans. “Sometimes states are much better equipped to deal with these kinds of questions,” Sen. Richard Blumenthal, D-Conn., said.

NEXT STORY: Military Suicides Are Up, Despite 900 Prevention Programs