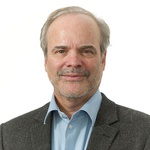 The CIA nominee wants to dump the drones program on the Pentagon, but Defense nominee Chuck Hagel won't be happy about that.

With President Obama’s CIA nominee, John Brennan, in the spotlight this week, Washington is engaged in a big debate over the ethics of covert drone warfare. But like it or not, “targeted killing” will continue and perhaps even increase in years to come. The more realistic questions to ask about what some Obama administration officials call “the new normal” of warfare are these: Who’s really going to run the drone program — the White House, the Pentagon, or the CIA? And how long is it likely to last?

And you can depend on this: As intense as the public debate over drones has been, the internal bureaucratic battle will be even more tumultuous.

Brennan had indicated that he wanted to see big changes in control of the drone program even before his confirmation hearing on Thursday. Under his watch as White House counterterrorism coordinator, Brennan’s former employer, the CIA, has become much more of a “paramilitary” organization, and he wants to return the agency to its roots. “John thinks that the traditional role of the CIA is to be the biggest, baddest, most effective human-intelligence collection facility on the planet,” says a senior administration official, who would discuss Brennan’s views only on condition of anonymity. “That’s the tradition of the CIA he grew up in, and that’s what he thinks the CIA in its essence should be.”

“A lot of what’s driving Brennan, from what I’ve heard, is that he feels the [drone] program has run its course as a CIA operation,” says Philip Giraldi, a former CIA counterterrorism official. “He feels that basically the collateral damage is causing more problems than any success coming out of the program.” Meanwhile, the debate over the ethics — and, perhaps more significantly, the efficacy — of targeting rogue American citizens and others abroad is going to grow more intense, too.  “My sense is there is a growing recognition that these strikes can hurt organizations but they are rarely the main reason for the end of the organization,” says Seth Jones, a counterterrorism expert at the Rand Corp.

According to other people who know Brennan’s thinking well, he also believes that moving drones to the Defense Department will allow greater congressional and public scrutiny. He fears that if the United States does not lead in developing an ethical and legal policy framework on the use of drones, decades’ worth of international law will be undermined and other countries that are close to developing their own drones, particularly China and Russia, will abuse them. The nominee to head the Pentagon, former Sen. Chuck Hagel, R-Neb., is nominally in support of targeted strikes, but he is also keenly aware of the possibly perilous precedent that’s being set, and he is concerned about the backlash from “collateral damage” when innocents are killed, possibly creating even more jihadists than are being taken out.

Obama himself, while more than tripling the number of drone strikes from the previous administration, has given his bureaucrats’ considerable ammunition for the battle over who runs the show and how. The president wants to put a “legal architecture in place … to make sure that not only am I reined in, but any president is reined in,” as Obama said on Jon Stewart’s show (of all places) last year. At the same time he’s trying to avoid going down in history as the “drone president,” emphasizing to his team economic development and diplomacy over “kinetic action” as ways of transforming places like Mali from terrorist havens into viable polities. “The president is not turning to his team and saying where do we put next drone base to solve the North Africa problem,” the senior administration official says. “Drones aren’t a policy. They are a tool. The president’s directive to all of us is to think bigger, and with regard to Mali or Somalia think long term.”

Obama has also indicated he understands the potential moral quandary if covert drone strikes become a new permanent way of war, declaring in his Inaugural Address that “enduring security and lasting peace do not require perpetual war.”

The bureaucratic fight is already under way. In his written answers to the Senate Intelligence Committee, Brennan said that targets are picked “on a case-by-case basis through a coordinated interagency process” involving the Pentagon, CIA, State Department, and other agencies. But in fact, behind the scenes the CIA has not always cooperated in sharing the vetting process, especially in Pakistan, and Brennan is likely to change that. One major underlying issue is which agency—the CIA or Defense— operates under tighter rules for disclosure and congressional notification. On one hand, the military does conduct itself under rules of engagement that are more spelled out and governed by clear codes, such as the Uniform Code of Military Justice. On the other hand, covert war by the military has in some ways been conducted under even less scrutiny in recent years, particularly when it comes to special operations.

Some critics, such as former Deputy Defense Secretary John Hamre, have worried that special ops now has generic authority to deploy where it wants without case-by-case orders. Without proper civilian oversight, a bin Laden-style success can easily become a "Black Hawk Down." According to a senior CIA lawyer, the statutes reining in the CIA, which date from the famous Church Committee hearings of the 1970s, have set up effective procedures under Title 50 of the National Security Act. "Now, almost 40 years later, we're in a situation where the CIA has to go through this bureaucracy, and at the same time you have the [special-operations] military doing all sorts of things that present worse types of concerns with much less congressional notification," he said.

The only way to lay all the ethical and bureaucratic questions to rest is to declare, at some point, that the war against al-Qaida is over. But that too is the subject of debate. With new splinter groups rising in the aftermath of the Arab Spring, that’s unlikely to happen in the foreseeable future. And administration officials tend to contradict each other occasionally about how they see the end game. In a speech last November, Jeh Johnson, the Pentagon general counsel, said that the “tipping point” for the end will come when “so many of the leaders and operatives of al-Qaida and its affiliates have been killed or captured [that] the group is no longer able to attempt or launch a strategic attack against the United States.”

But the senior administration official told National Journal on Thursday that the new dangers emerging from groups such as al-Qaida in the Islamic Maghreb do not focus on the U.S. homeland. “What Americans need to understand over the long term is that there will likely be more attacks like we saw in Algeria and Benghazi. Al-Qaida has metastasized and now has affiliates in more places, but ones that unlike core al-Qaida don’t necessarily have an interest in striking the U.S. homeland.”

And so the drone debate will drone on, as long as the war does. And that too will be a long time.

NEXT STORY: Iran's Stealth Fighter is Probably an Elaborate Fraud