How to Fast-Track Next-Gen Cybersecurity Tools from Government Labs

Marine Corps Looks to Virtual Reality as a Recruitment Tool 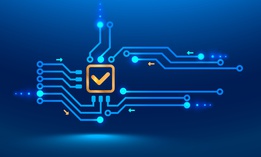 How to Fast-Track Next-Gen Cybersecurity Tools from Government Labs

Marine Corps Looks to Virtual Reality as a Recruitment Tool

Demonstrations of motion picture pattern-matching are set to start in December.

The FBI is weighing the use of video recognition technology to quickly identify suspects, even if all the camera has captured is a perpetrator’s limp or fraying blue baseball cap.

Think of it as automated police lineups for the YouTube generation.

According to procurement papers, the FBI hopes to view demonstrations of motion picture pattern-matching in December. The bureau has invited contractors to submit written project proposals by Nov. 13. Up to 30 vendors with promising systems then will be invited to present at FBI Headquarters on Dec. 11.

The desired connect-the-dots abilities include computing the degree of similarity among pedestrians, graffiti designs, buildings in the background of photos, and other recurring images in videos and stills.

Increasingly, law enforcement is relying on sophisticated video capture at special events, as a consequence of the Boston bombings.

At Sunday's New York City marathon, authorities deployed a camera network that could see nearly the entire route, in real-time, the New York Times reported. About 1,400 private-sector cameras also were at the ready, if necessary.

In April, the FBI surveyed vendors about available technologies that could archive video ingested from various government-owned and privately operated cameras.

And millions of static biometric markers of criminals -- mugshots and irises, for example -- are being collected for the same purpose, under a new $1 billion retrofit of the bureau's old fingerprint-matching database.

It is very likely this “study was a result of the need to figure out how to analyze the ton of video that was submitted in the investigation of the Boston marathon bombing, where it took an army of analysts to sift through the video data to find the guys who looked suspicious or carried a backpack,” said Paul Wormeli, executive director emeritus of the Integrated Justice Information Systems Institute, a government-funded organization.

FBI officials said they are interested in technology that would automatically "cluster" or group the images -- for example, programming a computer to cluster all media with the same t-shirt logo.

A function called "tracking and re-identification," would follow a specified individual across multiple videos to eventually help find the person’s name.

Another feature would follow certain behaviors. The "automated recognition of individuals based on behavior" would use algorithms to analyze similarities in "gait, expression, voice," and other mannerisms, according to terminology for the video analysis project.

Like data warehousing slated for the National Security Agency’s new supercomputer compound in Utah, video mining has its detractors.

Jay Stanley, an analyst at the American Civil Liberties Union's speech, privacy and technology project, speculated on the organization’s blog in July that eventually ubiquitous data collection “could also be applied to video—images taken by drones, by street cameras, by cameras worn by police officers, or by Google Glass (which is uploaded to the company). Why not get copies of all that video, store it in Utah, and swim through that data too (aided, of course, by face recognition technology to instantly pull up every video in which you’ve ever appeared).”

The market probably has done its homework on what the government is looking for, Wormeli said.

“Many companies have focused their creative juices on the issue of video analytics just because of Boston, as they saw in countless stories in the press how helpful video could be if only we had the ability to search it easily and quickly without an army of investigators pouring over every video inch,” he said.

One hundred hours of video are uploaded to YouTube every single minute, according to the media-sharing service.

“The FBI would be judged to be incompetent if it did not explore the potential for video analytics and learn what is available as they determine what should be employed to help them analyze this mountain of data,” Wormeli said.

NEXT STORY: Why a New Taco Recipe Library Is on GitHub and Not a Wiki