The agency chief information officer role has gone through a few iterations over the years. Originally created as a IT decision-maker, CIOs today are tasked with more than just handling technology issues. They must lead and innovate in a time of stagnant or shrinking budgets, address crumbling and decades-old IT infrastructure, while also being prepared for the threats their organizations face from careless insiders and malicious outsiders.

The good news is, today's agency CIO is more empowered than ever, thanks to the enactment of the Federal Information Technology Acquisition Reform Act, which shies away from being a “box-checking exercise” to granting CIOs budget authority and a seat at the table with other C-level executives.

Jerad Speigel, CEO of Phase One Consulting Group, last week spoke with Nextgov about what’s required of today’s government CIOs and what they need to do more—and less—of. 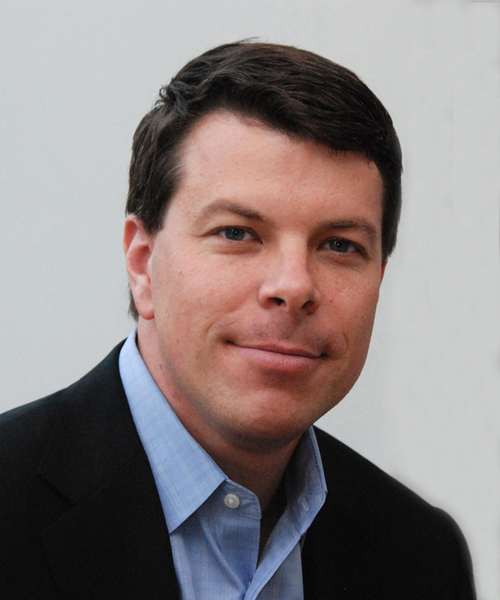 Nextgov: How has the agency CIO role evolved over the years? What's expected of them today that wasn't a few years ago?

Jerad Speigel: I think there’s actually a real evolution of the role. When you think of the earlier days of the CIO function, there was real effort to get everyone’s arms around what the totality of the IT environment was. You saw a lot of people try to get IT inventories and what technologies are in use and all these types of efforts to really document what’s out there.

And then, we went through a phase, maybe 10 or 15 years ago, when we started moving toward commoditization of IT, and you started seeing things like the Networx contract and how to do [Voice over Internet Protocol] and things like that. You’ve seen a lot of that commoditization take place, even with data center consolidation.

Now, I think we’re in an era where we’re beginning to turn our attention to the mission needs in a more practical, real way than ever before. And FITARA even has an impact on that: how all these mission IT personnel really now have stronger lines into the headquarters IT staff and leadership.

Nextgov: FITARA is really meant to empower the CIO, so have you seen a big shift in how CIOs operate?

Speigel: FITARA was originally meant to, like you said, strengthen the role of the CIO. People thought of it as a kind of a bottom-up way of pulling IT budgets and IT decisions from the mission side of the organization up to a more centralized CIO headquarters function.

But in reality, what it’s doing is taking those headquarters IT leadership and personnel and tying them down more closely to the mission, almost in a bottom-down type of effect.

When you think of commoditization of IT—data centers and networks, things like that—these were broad enterprise-buy types of concepts.

Now, with FITARA, it’s those mission IT leaders and headquarters that are suddenly dealing directly with these bureau and sub-organization problems. FITARA was meant to consolidate power, but what it’s really doing is forcing headquarters IT leadership to become more connected to the mission. That’s a huge shift—it’s a wonderful moment in time, really.

Nextgov: What is the biggest challenge these agency CIOs face?

Speigel: Most people would say the biggest challenge is cyber. But I think you have to look at the root cause around the cyber issue and really draw your attention to the biggest challenge being the massively aged IT application portfolio that runs these agencies. Because the applications are super old, they have cyber vulnerabilities and they are very expensive to maintain. I think it’s a major endeavor to begin tackling what to do with these aging applications.

Nextgov: We’ve seen a momentum in government in hiring more C-level executives like chief data officers and chief innovation officers. What does this mean to CIOs and how they work with other C-level execs?

Speigel: Anytime there’s an introduction to C-level people in new roles that are being invented, I try to look at that and ask the question, "What deficiencies exist today that these C-level folks are brought into to affect?" When you have new chief innovation officers, to me, that translates to people in leadership roles thinking there isn’t enough innovation in how we’re delivering technology to these missions. And if we have a chief data officer, to me, we don’t have enough leadership on the data side, in terms of how we take mission data and formulate policy and use it and analytics to help these missions out.

What that does to the CIOs around town is that it also sends a signal that it’s one thing to have a seat at the table, but what we really need to be doing is to be focusing on innovative ways to bring solutions to these missions. We have the aging problem of old systems, but you also have a lot of missions that are really undersupported by technology. There are still examples of things being done on paper, there are still 45-day processes that should be 45 minutes.

These are real realities that we deal with every single day, and I think these new C-level functions are trying to bring in executive leadership around some of these core issues. I think the CIO needs to then embrace the fact that there are deficiencies in some of these areas and we need to shore those up by working together.

Nextgov: What are some private-sector practices government CIOs should embrace more?

Speigel: It’s interesting that people are talking about failing fast. Failing in government is usually not something that is very much embraced. But I think that one practice we’re beginning to see more of is the concept of prototyping and running formalized pilots of modern solutions. You have some places during the last administration where they used innovation concepts to run five or six pilots, which then became enterprise solutions using modern platforms.

What we’re going to see during the next 2-3 years is seeing that [practice] tenfold. We’re starting to see places that are looking to running 20 pilots and putting those out in the field to try and experiment because the prototypes can be built cost effectively and pilots can be run cost-effectively, and we can try more.

I don’t see this as "try and fail," but more "try and learn." I think we’re going to try a lot technologically over the next several years, and we’ll learn from those things. We’ll see more enterprise applications come to life for the missions because we’ve tried and learned from these prototypes and pilots.

Nextgov: Is there anything you see that government CIOs should do less of?

Speigel: I think there’s a shift in some circles toward becoming more of the "enabler in chief" instead of the "constrainer in chief."  We need to do less constraining of people’s IT ambitions and the missions. People are truly innovating, using technology and modern web-based platforms to bring applications to life, and I think the CIO functions need to embrace that and really provide these platform environments out to the missions and let them innovate and let them develop in [Federal Risk and Authorization Management Program]-compliant web and cloud application environments.

So, I think a drift away from constraining and a drift toward being the great enablers of the missions is hopefully the way the CIO community is generally pivoting. A CIO I met with yesterday said, "IT needs to become more fun and we need to have more fun with this." I translate that as ‘we need to be prototyping and piloting really quick modern solutions that are going to help the mission.’

So, what are 35 ways of a CIO of an agency is going to help direct mission workers in the field in the next two years? That’s a lot different than compliance mentality and constraining mentality—it’a really a great enabler mentality.

Speigel: With the next administration, there is going to be a time of real big change. The more they can focus in on true and practical mission needs, the more successful and the more rewarding their time in government is going to be.

We’ve had an era of commoditization, we’ve had an era of enterprise buys, we’ve done a lot of those types of things, and I don’t think we need to go back and rework through many of those areas. What we really need is a great awakening and outreach to the mission customers that are in the field and desperately need modern and lightweight solutions to help them with their day-to-day work.

I just think that the next administration and the next set of appointees coming in with a radical agenda of prototyping and deploying light solutions to field customers to really drive up their satisfaction with IT is the great opportunity the next group has.

NEXT STORY: A USB Stick Can Show HIV Test Results in Under 30 Minutes