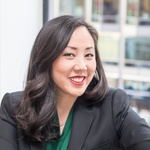 By Mieke Eoyang,
The Atlantic

By Mieke Eoyang,
The Atlantic

Employees seeking to report wrongdoing are safeguarded across all federal agencies—but the process for doing so in the classified intelligence community can be dangerous.

To get to the offices of the congressional intelligence committees, you must follow a shaft of sunlight down a circular staircase, into the bowels of the Capitol, and down a corridor until you reach heavy wooden doors guarded by an armed sentry.

Behind those doors, there are no windows, there is no sunlight. Behind those doors, members of Congress and their staff review our nation’s most secret espionage programs. And on occasion, whistleblowers have helped shine a light into this dark and secret world.

But high-profile leakers Edward Snowden and Chelsea Manning indicated that they thought approaching Congress would be futile, even dangerous. That is because there is a history of prosecution of whistleblowers and myriad internal hurdles to clear before anyone can report possible classified wrongdoing to Congress—hurdles that are greater in the intelligence arena than any other. So instead they went to the media.

Let’s start with some context. Whistleblowers provide Congress with a critical tool for sorting truth from fiction and afford rare access to an inside perspective unfiltered by senior officials. Indeed, across all federal agencies, whistleblowers have a protected status. If they go to an inspector general or to Congress, their supervisors cannot take retaliatory action against them for sounding the alarm, regardless of the outcome. In most agencies overseen by most committees, whistleblowers can bring their concerns straight to the committees and be protected from retribution.

Yet when it comes to the intelligence committees, the system dissuades whistleblowers. Since 1998, the Intelligence Community Whistleblower Protection Act has required that employees report to their agency IG, who forwards the complaint to the agency head, who decides whether to notify Congress. Employees may contact the committees directly if the IG overrules them or forwards incorrect information. Even then, the employee must notify the agency head and abide by any security procedures the agency head imposes.

Here’s the problem with that: If an employee believes that the problems begin with his superiors, he is very unlikely to want to use this process. Moreover, while a presidential directive protects government employees from facing retaliation, it doesn’t protect intelligence-community contractors, like Snowden.

Finally, even if the intelligence committees receive complaints and act on them, members or staffers have few ways to communicate the effectiveness of the system to other potential whistleblowers. All the activity remains hidden behind the classified cover sheet.

This ineffective system is especially problematic because most whistleblowers have noble intentions. Michael Horowitz, the IG for the Department of Justice, recently stated that 80 percent of whistleblowers are motivated to improve the system, not tear it down. He cautioned that because normal whistleblower protections do not shield government employees who run straight to the media, those who do so may go for broke, taking as much information as possible. This is a particularly serious problem when the whistleblower has access to classified information.

A few policy changes could remedy this state of affairs and make whistleblowers feel more welcome inside the classified system.

First, the intelligence committees could create a classified, secure intake system for whistleblowers to reach Congress directly and confidentially with their concerns.

Second, Congress could release annual unclassified reports of what it has done with whistleblower complaints. Obviously, the topic of many of these complaints would be incredibly sensitive, so the committees would be able to include only the total number of complaints, the number the committee found merited further action, and perhaps the number of retaliation complaints that the committee received. Releasing these unclassified reports would create a feedback loop so that employees would know that Congress is an effective and secure avenue.

Most intelligence community employees are aware of the case of Thomas Drake, a former senior executive at the National Security Agency who attempted to go to Congress with his concerns and subsequently, in 2010, was accused of espionage. The lesson of Drake’s experience to those employees was clear: If you blow the whistle, Congress will not act, and you could lose your job and potentially go to jail.

Years later, Edward Snowden chose to take his concerns and thousands of documents not to Congress, but to the press—while fleeing first to China and then Russia. Until Congress demonstrates that it can fix its relationship with whistleblowers, expect more of them to take their concerns directly to the media, potentially endangering national security as programs are revealed not only to the public, but also to our adversaries.