Leah Bannon did not become an 18F product manager after decades of training, and she wants others to take advantage of the opportunity and follow her lead.

In 2011, Leah Bannon’s communications career was hitting its stride. She was in her third year as a consultant and technology editor at Booz Allen Hamilton, and she was on the final leg of getting a master’s degree in communications at Johns Hopkins University.

But then she taught herself to code, and her career took an abrupt turn.

Today, she works as a product manager at the General Services Administration's digital fix-it agency, 18F. In her spare time, she is co-captain for Code for D.C., a volunteer civic hacker group, and the leader of the Tech Lady Hackathon, an annual civic hacking and training event for women.

Amid the Obama administration's big push to get tech talent into government, Bannon’s message is for all those who don’t think they’re true techies: I did it, and so can you. It doesn’t take decades of intense training from a young age. It simply takes some dedication, enthusiasm and a handful of Code for D.C. events, she explained. 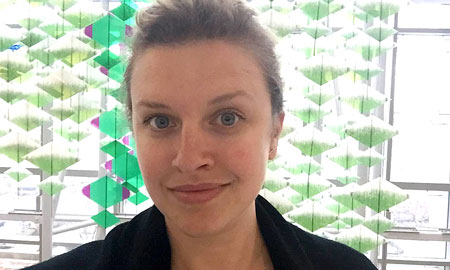 Since November, Bannon’s work at 18F has involved helping to create a secure immigration login system. Although she declined to discuss the full reach of the project, Bannon told Nextgov, “There's a lot to learn, so I end up doing a lot of research.”

At 18F, Bannon has also been working to transfer more agencies over to hypertext transfer protocol secure, or HTTPS, which encrypts users' data and makes it more difficult for third parties to intercept.

In addition, she has helped implement a government open data tool called "If Gov then That," which pairs potential real-world circumstances with specific Application Program Interface solutions to promote government APIs.

“I think one of the things that’s really amazing about 18F is that we're empowered to -- within reason, because we need to be billable -- pick up some side projects when we think of things that could improve the federal government,” Bannon says.

18F has adopted many of the organizational elements of a Silicon Valley tech startup. When she needs to meet with her team, it only goes 15 minutes at max and everyone stays standing, to avoid it dragging on. True to the agile methodology, Bannon works on her projects in sprints, which means she plans exactly what her and her team will work on for only the next two weeks.

From Social Media to Coding

In 2008, a few years after completing her undergraduate degree in geography, Bannon began working as an associate at Booz Allen Hamilton. Her primary role revolved around social media. But in 2011, she was tasked with editing a Drupal website for one of Booz Allen Hamilton’s clients, a government agency focused on information sharing.

She grew increasingly frustrated using the simple editing module -- called a WYSIWYG, short for "what you see is what you get." The module's simplicity limited her design ideas.

She began to toggle back and forth between the WYSIWYG and the HTML viewer. And the more she tweaked the design through HTML, the more she taught herself how to navigate the complex language.

“It's pretty simple, the basics of a post if you're not building from scratch, if it's already there for you and you're just tweaking it,” Bannon says.

Once she had a small taste of coding, she was hungry to learn more.

In late 2012, Bannon began attending Code for D.C., a local offshoot of Code for America, which brings together coders to create digital projects. Its members taught her to use GitHub, a site that facilitates code sharing, which she says helped her quickly generate simple HTML pages.

By mid-2013, Bannon was attending as many tech meet-ups as she could find. Some weeks, she was going almost every day, she says.

“I wanted to be around people who were excited about technology and what was new in technology,” Bannon says.

Still, she remained at Booz Allen Hamilton, a power player in the traditional Washington D.C. contracting sector. But not exactly a lean cutting-edge start-up.

“I was the only person in the office on Twitter…” Bannon says. “I also felt like I wasn't around anyone who would tell me what’s the next cool thing that we need to be on or to be doing to do a good job for the client from a technical standpoint.”

In January 2014, two months before the official launch of 18F, Bannon submitted six possible job ideas she was interested in pursuing for the agency. It turned out to be a job interview, of sorts, because four months later she was hired.

For years, Bannon struggled with maintaining focus on her work. She was eventually diagnosed with attention-deficit hyperactivity disorder, or ADHD, and coped with it as best she could.

Soon after her informal introduction to the tech world, she found herself easily able to concentrate on projects in that arena. Bannon says she is so transfixed by digital problem solving, she can spend hours immersed in it.

While she continued to attend Code for D.C. and eventually became its co-captain, Bannon soon couldn’t help but notice how few women accompanied her. In December 2013, she created and organized the Tech Lady Hackathon.

The annual event is for all women: those with years of tech experience and those completely new to the scene.

“You need no experience; we're going to tell you the basics of what is HTML, what is Python, what is user-centered design, so that you can kind of get a sense of what it means when people talk about it,” Bannon says.

The most recent Tech Lady Hackathon was held last July and had about 150 women in attendance.

When Bannon is told she makes learning to code sound easy, she replies, “That’s the goal.”