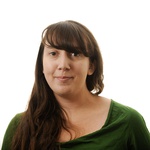 Defense officials see cyberattacks as the greatest threat to U.S. national security, according to a survey released Monday.

Forty-five percent of respondents to the Defense News Leadership Poll named a cyberattack as the single greatest threat—nearly 20 percentage points above terrorism, which ranked second.

The Defense News Leadership Poll, underwritten by United Technologies, surveyed 352 Defense News subscribers, based on job seniority, between Nov. 14 and Nov. 28, 2013. The poll targeted senior employees within the White House, Pentagon, Congress, and the defense industry.

"The magnitude of the cyber problem, combined with declining budgets, will challenge the nation for years to come," said Vago Muradian, the editor of Defense News.

It's not the first time cyber has ranked at or near the top of a list of security concerns. Seventy percent of Americans called a cyberattack from another country a major threat in a Pew Research Center survey released last month.

Defense Department officials, for their part, have warned about the increasing threat. FBI Director James Comey, Rand Beers, the then-acting secretary for the Homeland Security Department, and Gen. Keith Alexander, director of the National Security Agency, each voiced their concerns before Congress last year.

And House Intelligence Committee Chairman Mike Rogers, R-Mich., called it the "largest national security threat to the face the U.S. that we are not even close to being prepared to handle as a country."

Meanwhile, more than half of poll respondents said U.S. Cyber Command and the NSA should have separate leaders, but the Obama administration ruled out such a move last month. Alexander, who is expected to retire later this year, has overseen both agencies since 2010.

Alexander and the NSA have been under near constant criticism since June, when media outlets began to publicly disclose U.S. intelligence-gathering programs, largely using documents provided by former NSA contractor Edward Snowden.

But more than 47 percent of poll respondents said Snowden's disclosures have helped the debate on what limits should be placed on U.S. surveillance, compared with approximately 44 percent that said he has hurt the debate.

The poll also touched on the fiscal challenges faced by the Defense Department. Defense Secretary Chuck Hagel said last month that the Pentagon still has to reexamine its priorities despite the help provided by the recent budget agreement.

Gen. Raymond Odierno, the Army's chief of staff, told members of the Senate Armed Services Committee last year that further cuts would dramatically impact the force, including readiness and equipment modernization. But with the number of U.S. troops in Afghanistan being scaled back, the Army is viewed as the armed service branch that is most likely to face steeper budget cuts.

NEXT STORY: Secret Court and Rand Paul Face Off Over Domestic Spying