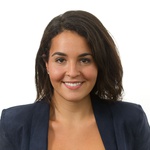 A report from late March shows concerns that the effort to build HealthCare.gov was falling behind.

A McKinsey & Co. report from late March said that progress on the Obamacare enrollment website was falling behind and at risk of failure unless immediate actions were taken, The New York Times reports.

The report, released by the House Energy and Commerce Committee, found that the site was at risk due to several issues, including "significant dependency on external parties/contractors," "insufficient time and scope of end-to-end testing," and "parallel stacking of all phases."

These concerns have all turned out to be accurate, as officials rush to repair the troubled website ahead of the Nov. 30 target date. The administration says it aims to have the site "operating smoothly for the vast majority of users" by that time, which The Washington Post recently revealed means able to enroll 80 percent. One individual told The Times a more realistic goal may be that four out of five have "a positive experience."

The McKinsey report was released as positive signs for progress on HealthCare.gov were being reported. According to individuals working on the project, more than 50,000 people had chosen an insurance plan as of mid-November, up from 27,000 for all of October.

However, the security of the website remains a concern on both sides. House Republicans have repeatedly cited a report by MITRE—one of the main companies hired to assess the site's security—which said on Oct. 11 that it was "unable to adequately test the confidentiality and integrity" of the exchange, and that full end-to-end testing never occurred.

White House officials and some computer experts maintain that the site is secure and that much of the criticism is overstated.

NEXT STORY: State Obamacare Exchanges Are Having a Pretty Good November